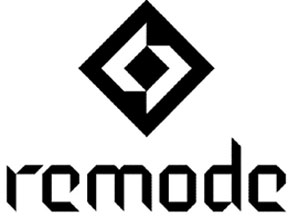 The past few years in gaming have seen 3D gaming enter the market via the 3DS and 3D monitors and televisions. In addition, we’ve been thrown into the world of controller-free gaming with the launch of Kinect. However, the latest buzz around the industry is focusing on biofeedback. Valve’s experimental psychologist, Mike Ambinder, gave a talk on the subject at this month’s GDC, demonstrating how gameplay may be controlled using the body’s responses, such as heart rate, blood pressure and skin temperature.

British development outfit, Remode Studios (http://www.remodestudios.com ) has been working on biofeedback for some time and offers an insight into how it may be used in the future and how soon we’re likely to be able to blink our way through the next Call of Duty. We caught up with Ella Romanos, managing director of Remode, for a heart-pounding look at what the future of gaming may soon hold.

GiN: Can you please provide a little background on Remode Studios, the size of your team, when you formed and your location?

Romanos: Remode was founded in Plymouth in August 2007 and is owned by Ella Romanos and Martin Darby who both studied Digital Art & Technology BSc (Hons) at University of Plymouth.

Our team size varies depending on what projects we are working on, we have a small core team of around four or five people plus we have a group of trusted contractors who we use on different projects. We find this model works well for us because we develop for a variety of clients, markets, technologies and platforms and we can ensure we have the best people for the job working on each project as well as having the ability to ramp up the team at short notice!

GiN: What games have you developed and what formats do you work on?

Romanos: We released our debut game, Mole Control, in early 2010. Mole Control is a puzzle game for PC, based on the classic minesweeper game mechanic, with adventure and time attack modes, back-story, nice graphics and audio, all set within a village that has been overrun with exploding moles.

It was released on Steam and Big Fish initially and we recently agreed a licensing deal with MumboJumbo who are releasing a ‘Special Edition’ version in Walmart and other North American stores in the coming months.

Since then we have worked on My Star, a social game for iPhone, for which we were commissioned to produce all the 3D art assets. We have also just finished a prototype of a game called Sky Cycle which uses heart rate as an input to give you superpowers, which was commissioned by Media Sandbox in Bristol.

Currently we are working on two new titles, one for mobile and one for digital distribution on console/PC, but I can’t talk about those yet! We are also working on a few commissions, one is a virtual world for kids built in Unity3D and others are mainly mobile apps.

GiN: First the Wii, then Move and Kinect hit the market and have changed the way people play. Many critics thought Kinect was bringing controller-free gaming to market too soon. Do you think Kinect’s success can be sustained and will it open doors to new technology?

Romanos: Strategic foresight in a multi-faceted fast moving market such as videogames is always difficult. With Kinect, the rate at which the hardware has flown off the shelf speaks volumes: customers think it’s cool. The litmus however is going to be the games/software. Do people want more bowling or dancing simulators? If the answer to that is ‘no,’ then how do we provide further innovation and fun and importantly how is that marketable?

Whether Kinect can be sustained or not is ultimately all about risk/reward and it could be too early to profile this yet.

GiN: Recently, the focus has been on 3D gaming. Do you think this could offer developers and gamers some exciting opportunities?

Romanos: A game we really like is ‘Lostwinds 1&2’ for the Wii. This was IP built from the ground up for the Wii’s controller and graphical power. What really shines through is how Frontier have simultaneously understood both the benefits and the limitations of the technology available.

It would be nice to see something comparable to this with 3D display technology, like new IP that would actually be worse if it wasn’t displayed in 3D. As Lostwinds proved, these things needn’t be epic. They just need to know what they are and what they are not. If all we get is a glut of cash-cow ports of existing IP it will be a great shame. Same goes for Kinect really.

GiN: You are working on biofeedback. Explain the technology and what you are doing with it.

Romanos: I have been interested in using biofeedback as an input to games for a few years. However, it has only been in the last year that we have seen that there is potential to release games in this genre, with the growth of gesture games, active games and then interest in biofeedback from some of the big game developers and publishers such as Nintendo, Ubisoft, EA and Valve.

For our prototype ‘Sky Cycle’ we have used heart rate as the input through a wireless heart rate monitor that transmits data into the game. We then use the data to give you superpowers when you heart rate reaches and stays at a certain speed.

GiN: How do you see biofeedback being incorporated into gameplay?

Romanos: The obvious use is active games like EA Active 2 which already uses a heart rate monitor. However, we are more interested in how biofeedback can be used to enhance fun and generate content. We think that there are lots of things you could do with this depending on what the game is – you can create new superpowers, generate enemies or affect the environment, it really depends how creative you want to be.

I do think though that the best use of it would be to implement it alongside gesture control, so perhaps using it alongside Kinect, Move or Wii remote, or look more at coin-op games.

GiN: What sort of games work best with biofeedback or do you see it becoming as ubiquitous as the controller is today?

Romanos: I think that there are a variety of games that could use biofeedback input but I don’t think it’s suitable to everything, and needs to be used appropriately. So no, I don’t think it will become as ubiquitous as the controller, but I do think it could become a popular type of peripheral like steering wheels and light-guns have been in the past.

GiN: Gaming in 3D is struggling as a result of the need for glasses breaking immersion. Many thought Kinect was a step too far for consumers. And price is always a key consideration. Does biofeedback face similar challenges, what are they and how will you overcome them?

Romanos: The key challenge is that bringing out new hardware is always inherently more risky (and costly) than just releasing a new game. However, I don’t think there has ever been a better time to try, with the growing interest in new control systems and active games. Fundamentally, we would need backing from a publisher to get this game and the hardware to market, or we need to look at niche markets where the distribution models and risks are different.

I think it also really depends on the device you use. For example, for a mainstream games market, a peripheral which you strap onto your wrist and measure heart rate is going to be a lot easier to sell that a device which you put on your head to measure brainwaves.

Also, is it really about price, or is it about value? If you can give someone an experience the likes of which they’ve never had before and it feels great then that impacts its worth, right? So again a lot of the decision will come down to the content provided for the device and the experience offered through it.

GiN: What is the level of interest from publishers and the industry as a whole?

Romanos: As we have only just finished the prototype we are in early stage discussions with publishers so it’s a bit too early to say, although the response from industry so far has been positive and our first play test went really well.

GiN: When do you see the first use of biometrics hitting the market?

Romanos: It already has with EA Active 2. Outside of specifically ‘active games’ though, I think it is fairly likely we will see something in the next one to two years. Valve did an interesting talk at GDC this year so there are some big players looking into it.

GiN: What’s next for biofeedback and Remode?

Romanos: Our initial prototyping has provided a foundation for how this stuff could be used creatively in active gaming and given us some awesome ideas about how it could be cranked up to the next level. It would be great to find a publisher who shared this vision.