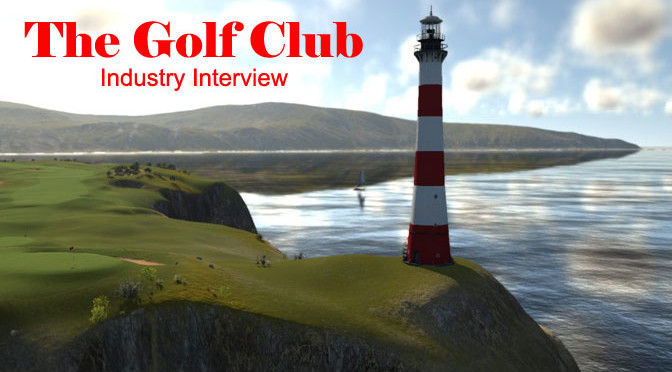 Sports games have always been popular in the game industry, and golf has been a part of that since as long as people have been playing video games. Golf perfectly marries simulations with sports and has captured a legion of fans. Yet, there had not been a golf game developed for the PlayStation 4 and Xbox One until HB Studios delivered The Golf Club last summer via download only, (also on Steam).  Based on that success, HB partnered with publisher Maximum Games to launch the boxed (disc version) entitled The Golf Club Collector’s Edition, one of the most visually stunning and completely interactive (you can even make your own courses) golf titles ever created for both PS4 and Xbox One consoles, plus PC.

The newly published Collector’s Edition has everything in it that the original game did, plus the brand new Harvest Mode that came out as DLC in March for TGC, plus the following updates:

We sat down at the 19th hole with HB Studios Developer Anthony Kyne to talk about what went into making The Golf Club, why they choose to make it different, and many would say a lot better, than anything else on the market today.

GiN: Computer golf games have been around for a very long time, though of course they were never this impressive before. What inspired you to create The Golf Club Collector’s Edition?

Kyne: We’re huge golf fans here at HB and making a golf game was always on our minds. We just needed the right opportunity. With a bit of a gap in the market last year we thought it was an ideal time for us to have a crack at it. Unlike other sports where the pitch/field/court is identical each golf course is unique. When I’m out with my mates I always wonder how the pro’s would tackle the same hole when they’re not handicapped by being a below average golfer. That coupled with the limited budget of an indie studio we talked about giving the user the ability to create courses. We’d save a huge amount on licensing and give people the chance to create and play their local course as a good golfer. Everyone at HB bought into the idea immediately, even the non-golfers could see the potential of a game like that.

GiN: How long has HB Studios been around and have you always worked on sports type simulations?

Kyne: This is HB’s 15 year in operation. We started off as the guys making the Cricket and Rugby games for EA Sports and moved on to helping them with the FIFA’s, Madden’s and NHL’s. We’ve also worked closely with the MLB on their Home Run Derby and MVP iOS games. Sports is definitely our specialty but not our only output. We worked on the Android and iOS versions of The Sims and with Konami on Rock Revolution as well as working on a few children’s apps for the mobile market.

GiN: Graphically, the game is stunning. For the courses that mirror real-world places, how did you ensure a high degree of accuracy? For example, did you work with the course’s owners or visit the actual locations? 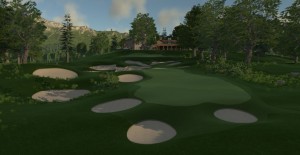 Kyne: Thank you, anything that mirrors real life is down to our community. Out Lead 3D Artist, Jim, has thousands of photos of golf courses, plays courses and watches golf on TV and is constantly looking to add stuff to the “Greg Norman Course Designer” that isn’t in there at the moment. We don’t want to limit people’s creativity.

GiN: How did you research the physics in the game, how the balls perform in different lies or when inside a sand trap?

Kyne: Adam, our physics guy here, did a small part of his studies on golf ball physics at university 9 years ago. So he had a great starting point. After that we just kept hitting the golf course, watch golf on TV and getting everything as close as we could get it to real life.

GiN: Did you test the game out with actual golfers to get their opinion on how accurate the game feels? 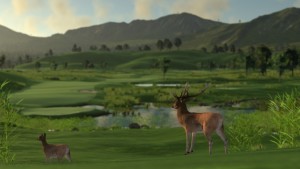 Kyne: We’ve got several highly competent golfers in the studio. So just from the feedback from them we knew the game was solid. But just to confirm what we had was right and iron out some of the things we were uncertain of we put it out for Early Access. This opened us up to a huge golfing community and gave us the sounding board we needed to finish the game.

A lot of games use Early Access to fund their game, we were lucky enough not to need that funding, but using the Early Access process for feedback was invaluable.

GiN: We notice that unlike almost every other golf game, you don’t have to hit X and then swing when the moving power bar hits a certain spot. Instead you use a natural swing motion using either the console’s controller or the PC’s mouse. Can you talk about what this feature adds to the gameplay? 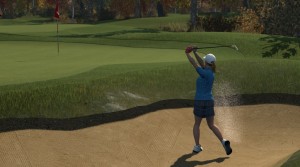 Kyne: We always wanted the game to feel like golf and not just a twitch mechanic of stopping a marker on a bar, but we were scared that taking the bar away totally would scare the average user. What changed our mind was a complete fluke. Laura, our Graphic Artist, accidentally broke the power bar on a Friday afternoon. A few of us took the game home over the weekend and all came to the same conclusion. You didn’t need the power bar and the game looked and played way better without it. So we agreed to remove it. The rest is history as they say.

GiN: Your announcer in the game is quite good. He always seems to know exactly what to say based on the conditions, even going so far as to correct himself if he says something mid-flight that turns out to be wrong once the ball lands. And he rarely repeats himself. What kind of AI went into the announcer’s intelligence? And is the voice actor a golfer himself?

Kyne: The voice actor is our Lead Sound Designer John, it was all meant to be temporary and we were going to get someone else nearer release. A bit like the power bar though, we realized we loved his delivery, loved that we could have a last minute idea and get commentary immediately for it. No need to book a voice actor. It makes the process very agile and takes a lot of the need for planning out of it. Meaning we can spend more time being creative.

With regard the AI, we’ve got quite a reputation for sports game commentary. We’ve done a lot of the work on most of the sports games out there. So that side of the game was in safe hands from start to finish.

GiN: Can you talk a little bit about the Greg Norman Course Designer and what you hope that it will bring to the game? Have you seen some interesting courses created by players and do you have any fan favorites? 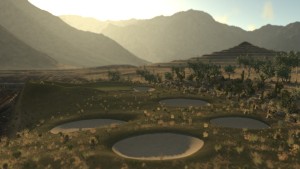 Kyne: Much as I said before, I really wanted people to create the courses they played in real life. My dream for the golf club would it turn into something like Ultimate Guitar Tab, where you can look up any song and see how to play it, imagine being able to find nearly any course in the world and playing it. Getting to know it before playing it in real life.

We were described by one journalist as the Minecraft of golf. That was a great analogy. Some of the creations that people have come up with are amazing.

Currently we have over 60,000 courses in the game, so having the Greg Norman Course Designer” basically means you never have to play the same course twice. That’s what blows my mind!

My personal favourite is The Shakespeare, Stratford-Upon-Avon Hotel & Resort it’s a great course well worth a play if you haven’t played it. And Harbor Island Black is a great links course.

GiN: How important was it that The Golf Club come out for both download and the disc versions, as in the Collector’s Edition? 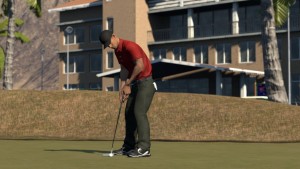 Kyne: Personally, I think The Golf Club Collector’s Edition is great for everyone that showcases their favorite games on a shelf, and developing in Unity makes it easy to build on any of the platforms. Why would you not release on it really?

I think a lot of the casual gamers that were on console have now moved over to mobile so we’re sort of back to hardcore gamers and simulation guys, so making a game like The Golf Club wasn’t something I was too worried about.

GiN: One of the surprises that we found was the multiplayer mode which is perfect for the console environment. Surprisingly, there are not a lot of gather around the TV to play a game in the console market today. Did you think that this would be a popular feature in the game beyond just the golf-centric ones it obviously has?

Kyne: I did, I knew it would be a family favorite at my house over Christmas. The game has this great ability of making you want one more go and competing against someone makes it even more appealing.

GiN: Of course, not everyone embraces sports games, and some gamers are actually intimidated by them. But how easy do you think it is for non-golfers to get into a game like The Golf Club and what have you done to try and embrace newcomers to the genre? 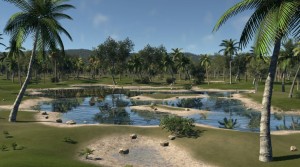 Kyne: Obviously it’s mainly aimed at golfers or golf game fans. But the Greg Norman Course Designer really has caught people’s attention outside of the golf fans. That in turn has turned them onto the game. People love to be creative and we’ve given them the tool to do it.

Kyne: The Golf Club is going to be around for a long time. We update the game bi-monthly already and I can’t see that stopping anytime soon. They’re so much we want to do that I’m sure the community will see the game continuing to grow.

The type of company that we are the type of people we employ, it’s near impossible for us not to have more sports titles in the future. We’re all sports guys and we’re all a very creative bunch so watch this space.