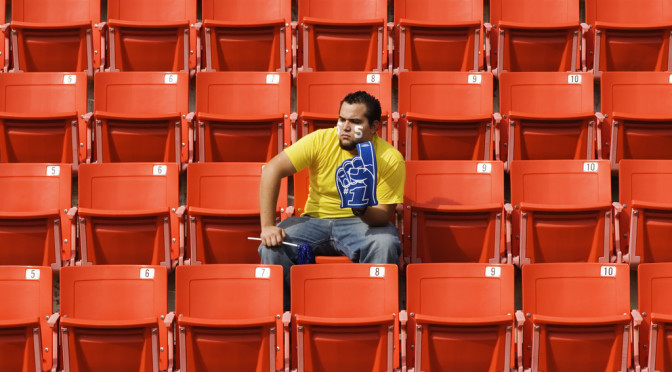 This week on Video Game Tuesday I’m taking a look at the ramifications of Player Unfriendly Decisions and Their Consequences.

What is a Player Unfriendly Decision?: For starters let’s settle what a Player Unfriendly Decision is (I’m shortening it to PUD from now on since I’m lazy.) A PUD is a choice a developer makes that they may think is an interesting choice, but really leads the end user (read: You as the gamer) to have to do certain actions that are often detrimental to either their continued play of their product or forces them to play a certain way regardless of their preferred style. What isn’t a PUD is something like a properly specced Talent Build like WoW used to have prior to the Mists of Pandaria expansion pack. Players choosing to make their personal playstyle be ineffective isn’t the developers fault.

A Recent Example of a PUD: God I can’t believe this got into full release personally, and no we never knew about it prior to release because of the level cap in Alpha and Beta. The decision for Destiny to make it so Legendary Engrams didn’t give out Legendary items always was the stupidest decision I’ve seen in a while, and people were rightfully upset at the stupidity of it. That being said it’s not fully fixed and certain things could be done to make the situation better. Sometimes Engrams turn into Ascendant Materials, which are now useless for almost all of the high end players, and this leads the joy of finding one into a bitter disappointment. This can be solved by making it always turn into a Legendary item and sometimes give in addition to that item Ascendant Materials or Exotic Equipment. This would be the easiest and smartest choice Bungie could do to solve this problem, why they haven’t done so I can only guess as to why although some of my friends think it’s because there is a severe lack of programmers working on Destiny at the moment.

Consequences of PUDs: The continual repetition of making PUDs leads to player burn out and disappointment and hatred towards the game and the people who make it. The choice to make the RNG so unforgiving, and at the same time necessary to progress, in Destiny is leading many players to find the quickest ways to beat the hardest encounters often called “cheesing”; and while I applaud Bungie for fixing these exploits the choice to ignore other more pressing matters is an even greater PUD in my opinion. Bugs like the one with Heavy Ammo makes high end PvE play incredibly time consuming for the average player because they don’t use those cheeses, but when they try to do something legitmatly it ends up costing them time and money (both in game and real money due to the requirement of paying for PS+ and Xbox Live Gold time). The particular bug I’m talking about is the one where if a player is wearing any form of Heavy Ammo increasing equipment, they lose a full clip of ammo (usually 2 rockets) per death. This is a major bug that has been around since Beta, if not Alpha, and it’s been nearly 6 months since release and it’s not been fixed. Something like this should have been fixed prior to any fixes made to Raid encounters exploits. Yes pushing the end boss off the edge is highly exploitative, however with the rash of PUDs Bungie has made in regards to Destiny I don’t feel bad for using those exploits in the least.

What Should Developers Do?: Well first off actually listen to what people are saying, granted that most of the internet is a cesspool 98% of the time, but that 2% can give really good ideas. Second let their focus testers play the full game if possible. In a game like Destiny or WoW, the players will always find ways to make their lives easier, which means exploiting any and every advantage even if it’s not something the developer expected. A focus test group is meant to find these advantages because making something doesn’t mean you know exactly how to beat it the easiest and quickest way. If the developer isn’t equipped to handle such a thing, they need to quickly solve that issue (by hiring more people or whatever it takes) while taking care of any bugs that cause players issues prior to fixing problems with code that allows an easier play experience.