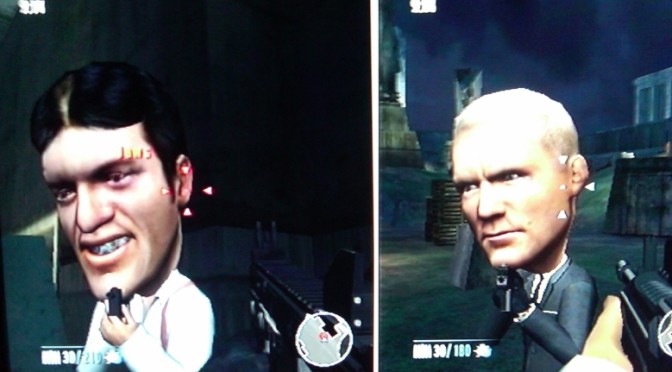 This week for Video Game Tuesday I’m talking about something that saddens me to see so little of these days. It’s Cheat Codes!

What is a Cheat Code?: They are built-in programming codes that allow developers, and by extension gamers, to perform various operations to enable various effects or skip levels. Some of the more amusing ones are Big Head Modes and the like. I personally never enjoyed Big Head Mode, but I loved the codes to disable or turn the blood effects into something ridiculous like rainbow goo.

Being brought up in a house where virtual blood was frowned upon for years I quickly learned how to input those codes every time I started up certain games like Jet Force Gemini. My personal favorite way to input cheats is from MegaMan Star Force 2, where you had to tap on different parts of the touch screen in a certain order to unlock free battle cards. It was great fun, and there was even codes to unlock the normally multiplayer restricted battle forms as well, like the Tribe King mode, which completely broke the game.

Why aren’t they used anymore?: Because they’re a relic of the past, and most console developers don’t need to leave them accessible in the final version of the game if they do use them. This is a bummer because for console gamers like myself, although PC gamers can usually add mods to get the desired effects to the game if they can’t just use a console command .

That’s it for this week’s Video Game Tuesday! What are some of your favorite cheat codes and their input methods?