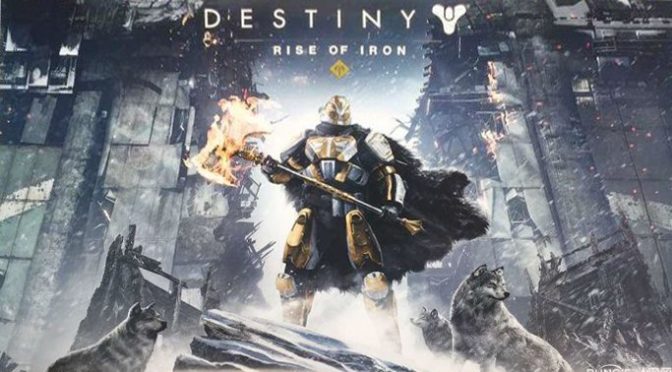 Hi all, I’m getting peppered with questions from friends asking about Destiny’s latest leak and I’m going to deal with it for this week’s Video Game Tuesday! It’s all about the question is Destiny Reborn?

What Leak?: Someone leaked an image showcasing supposedly the next Destiny Expansion slated to be released this September. It’s supposedly called Rise of Iron.

What else?: We know nothing else, and to be honest I could care less. I’ve made plain my thoughts regarding Destiny’s incredibly fu*ked up state of affairs for over a year now, and I accurately predicted any and most upcoming issues that new content was supposed to fix.

What do I expect?: I expect a new raid, maybe a new patrol zone (but if they didn’t include one I wouldn’t be surprised), New Weapons and a level raise.

Nothing else?: No. I expect nothing to be fixed, in fact I fully expect they’ll f*ck up even more things. Granted it’s hard to see how they could do that, especially after the debacle with Hand Cannons becoming useless, but I fully expect Bungie to live up to this expectation (of mine) and fail miserably.

That’s it for this Video Game Tuesday, and yes I still think Bungie is a joke.