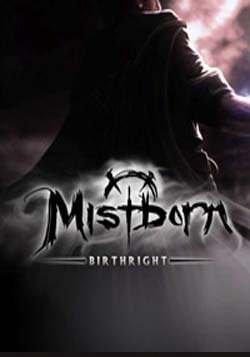 This week for Video Game Tuesday I’m talking about a game I wish had seen the light of day. It’s A Lament for Birthright!

Birthright? If the above image wasn’t enough of a clue, I’m talking about Mistborn: Birthright, a game that was in development for years, and was ultimately cancelled.

Haven’t you talked about this before?: Yes I have, and I still hold that it could easily be an amazing game but recently I played Arkham Knight for the first time thanks to PlayStation Plus offering it for free. It got me thinking about Birthright again and what might have been.

Why wasn’t it released?: According to statements released by the developer Little Orbit and Brandon Sanderson it was due to multiple things, but mainly it was due to funding. Frankly I think that the Little Orbit just bit off more than they could chew with trying to handle such an ambitious game properly. I’m thankful that they didn’t release a subpar game which is what it was possibly going to be given how long it was in development with only a single concept art, pictured above, being released.

So what could it be like?: Frankly I’d love to see it be a game that mixed Arkham Knight and the Spiderman PS4’s movement and gadget system with Shadows of Mordor’s Nemesis and combat system. The story has already been written by Brandon Sanderson, so they just need to make the game around that story. Arkham Knight was quite fun and I loved how the stealth system so seamlessly used verticality. Most other stealth games like Assassin’s Creed and it’s like just don’t handle verticality as well as Arkham Knight did it with the Bathook being usable at pretty much anytime to quickly traverse up and down. That is my dream game I could see being a huge hit, but frankly I doubt that we’ll get that lucky to ever see such a game. The Mistborn series has an amazing magic system that is just screaming to be used in games, what with Steelpushing and Ironpulling being able to be used for both movement and defense and attack. And that’s just two of the sixteen powers that can be used to make gameplay very interesting.

That’s it for this week’s Video Game Tuesday. What do you wish Birthright could have been like? Leave your thoughts on it in the comments below!