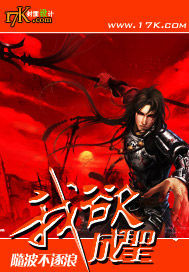 Plot Synopsis: Han Shuo was picked up by an evil demonic asshole who wanted to take over his body to live longer. When he was about to be killed two immortals who were chasing the asshole disturbed the ritual and ended up killing the demon. Han Shuo woke up in the body of a recently deceased slave in a Magical Academy, named Brian. He discovered he had gained almost all of the memories of the demon, although some were obscured from his immediate recall until he became more powerful.He decided to get revenge for his body’s previous owner. He tried to scare the wits out of the culprit, a female Necromancy student named Lisa, and failed miserably. He started to practice the methods of body refinement in order to become stronger and overcome his faults. He quickly became much stronger and started to learn Necromancy.

After dealing with a few bullies and even getting Lisa to apologize for killing him, it turns out she did it to free him from his misery, and even getting the beautiful teacher Fanny to help him out with learning magic. Shortly after he was assigned to be the mule for the annual training expedition to a nearby forest filled with monsters for the Necromancy students and left with Lisa and Fanny. As he quickly proved his worth to the rest of the students by saving their hides and killing monsters they met a passing Knight named Clark. He saw that Clark was looking at Lisa and Fanny with evil intentions so Han Shuo got Clark to implicate himself as a voyeur by leading him to a creek where Fanny and Lisa were bathing in order to drive him away from them. However after Clark left, a giant monster serpent emerged from the water where Fanny and Lisa were bathing….

Plot: This set of chapters starts right after that cliffhanger and concludes the Dark Forest arc. However Han Shuo’s adventures only get more intense and awesome from there. I really enjoyed this set of chapters as it’s a huge turning point for Han Shuo. It also showcases Han Shuo’s increasing reputation and his burgeoning romance with Fanny and Lisa.

Characters: We don’t really get to meet many more characters in this, though Fabian and Phoebe are the two standouts. However Han Shuo’s antics still make him my favorite character thus far.

Overall: An excellent set of chapters in a series that any fantasy loving fan will enjoy greatly.