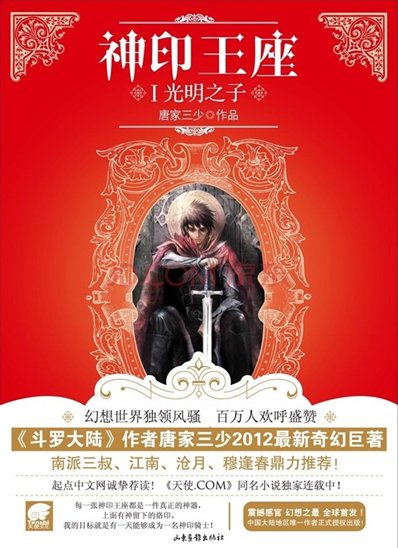 This week for Translation Necessary Thursday I’m going to cover the beginning set of chapters to a series by the author of Douluo Dalu! It’s Divine Throne Chapters 1-40 by Tang Jia San Shao!

Plot Synopsis: While the demons were rising, mankind was about to become extinct. Six temples rose, and protected the last of mankind. A young boy named Long Haochen trains to become a Knight to help his mother…

Plot: The plot of Divine Throne is pretty awesome, and while it definitely has some similarities to some Western Fantasy it also has some distinctly Chinese themes as well. Of all the Chinese Web Novels I’ve read, Divine Throne might just be one of my favorite ones of all time due to the plot and characters.

Characters: Haochen is a pretty bright kid, and these first few chapters let us get to know him as he grows up training to become a capable Knight to protect his Mother. The rest of the cast is great, but I’ll leave specific favorites till the next set of chapters. That being said Li Xin is a pretty awesome side character.

Overall: This is an excellent series and a must read for any Fantasy fans.

For those who like: Fantasy, Action, Adventure, Romance, Drama, Great Plot, Fantastic Cast of Characters.