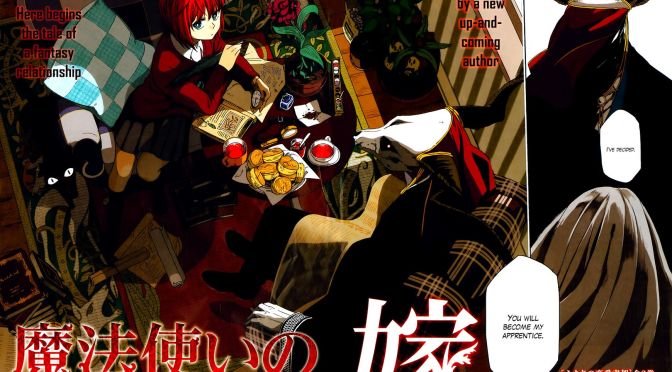 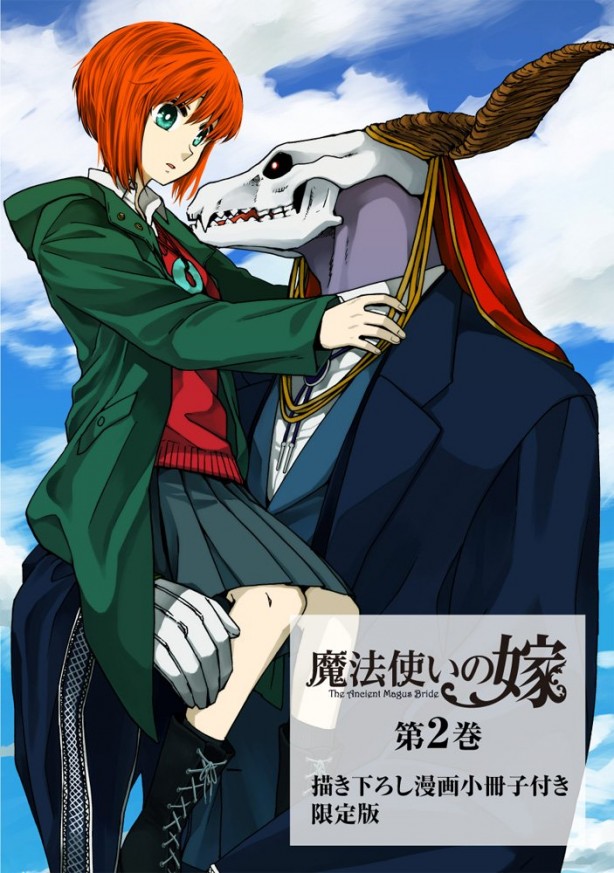 This week on Shoujo Saturday I’m covering a series that I found pretty cool, although the art style is technically Shonen not Shoujo. It’s Mahou Tsukai no Yome by Yamazaki Kore!

Plot Synopsis: Hatori Chise is only 16, but she has lost far more than most. With neither family nor hope, it seems all doors are closed to her. But, a chance encounter began to turn the rusted wheels of fate. In her darkest hour, a mysterious magus appears before Chise, offering a chance she couldn’t turn down. This magus who seems closer to demon than human, will he bring her the light she desperately seeks, or drown her in ever deeper shadows?

Plot: The plot is fairly disturbing, and doesn’t hold back on pulling punches about the way humans perceive one another and use each other. That said it is a Romance series first and foremost, and the relationship between Chise and Elias is the star of the series, that being said Elias is fairly mysterious and we don’t really know if he’s always being completely honest with Chise, and therefore us the readers.

Characters: Chise is a fairly naive and ignorant girl, but that’s to be expected with her backstory, she’s a slave in the very first chapter. Elias like I mentioned above is very mysterious and we don’t really know if he’s always being honest with us. The rest of the cast is slowly growing, but since the series only has 10 chapters out so far it’s just beginning.

Art: The art is clearly Shonen, but I still think this is aimed at a female audience, because most of the audience Shonen typically caters to doesn’t really get the themes that this series is about. That being said I really enjoy the art, and it’s very well done.

Overall: If you like a bit of magic with your romance, along with some mystery, you will love this series.

For those who like: Magic, Romance, Social Commentary, Mysterious Male Leads.