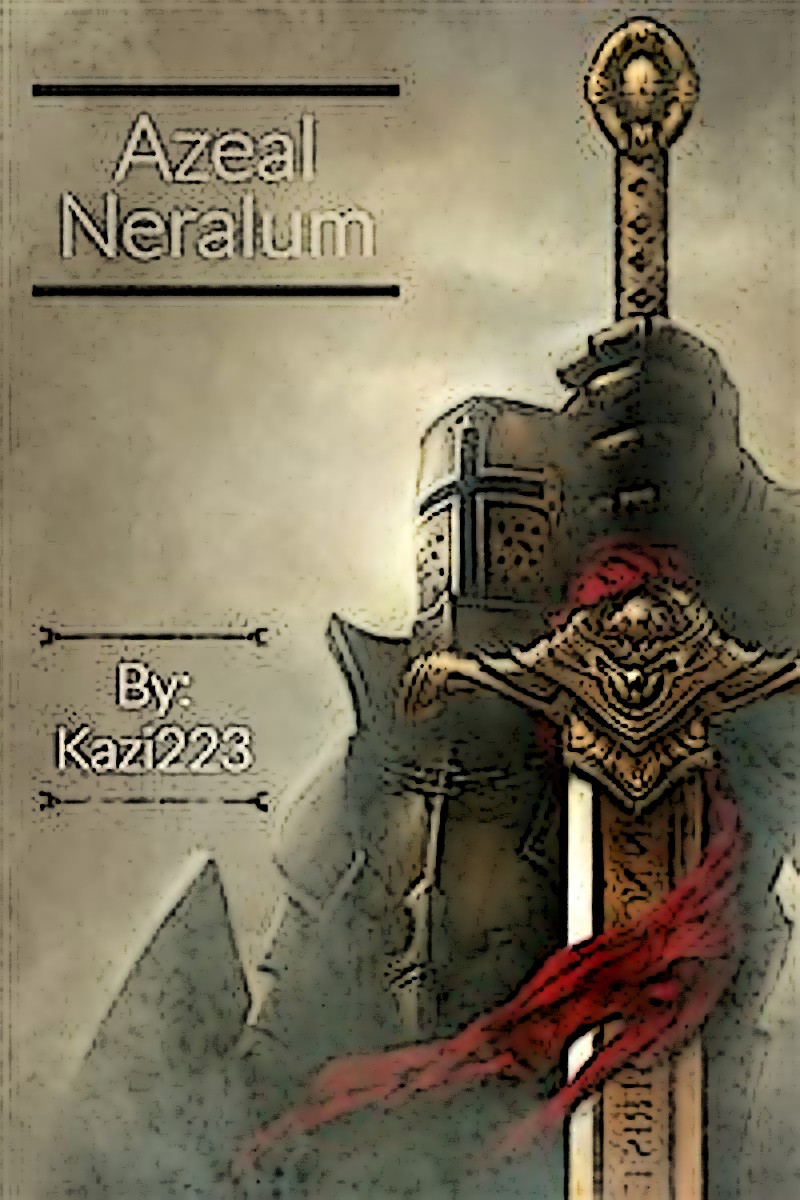 This week for Serial Saturday I’m back with another series I got asked to review by the author.  It’s Azeal Neralum by Kazi.

Plot: Let me get this out of the way, I would normally have never bothered with reading this series, and I must have either missed the Grimdark genre tag or it was added after I had bookmarked it as a potential series to read. Either way I find the overly dark nature of the “genre” usually makes stories I tend to despise. Azeal Neralum isn’t an exception to my distaste. I honestly don’t enjoy the overly dark fantasy epic craze that’s seem to come up in the past decade. Even one of my most adored series, Mistborn, is a bit too dark for me. While I’ve read the entire thing once, I probably won’t ever do that again due to that darkness.  However other than the tone there are other serious issues I have with Azeal Neralum. Mainly the constant switching of points of view that is happening, and the lack of forward progress with regards to the main character. I don’t care about some random fort getting slaughtered, what does it have to do with the main character? If the answer to that question is “nothing” in the next 30 chapters I’ve just wasted my time reading extraneous world building that could’ve been experienced through the main characters point of view instead.

Characters: Azeal is a mediocre main character, he’s got nothing extremely likable about him that makes me interested in him as a character and the rest of the cast is just as bad. It’s even worse with the most recent chapters that the author wrote. I don’t give a rat’s ass about some “hero” or gallant general that is dying if he’s being introduced out of the blue and has no noticeable connection with the protagonist. If I had met that character 100 chapters before and grew attached to him I might feel a bit of sympathy over his death, but the way the author the author brings up these characters out of the blue is more than a bit annoying.

Grammar: The grammar is okay, but the writing itself seems off. I can’t put it into words much better than it feels just a bit wrong when I read it. Either the way the author writes is grating on my internal sense of how a book is supposed to read, or the issue is something else, but I just find it’s “flow” to be not pleasing to the eye.

Overall: If for some reason you love dark fantasy, Azeal Neralum might be up your alley after a few editing passes have been done by the author. Otherwise steer clear of this.