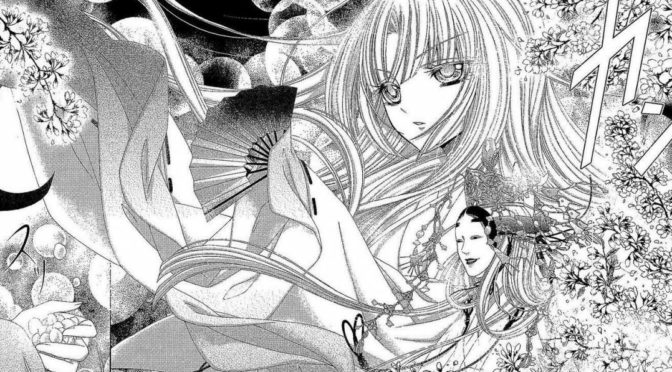 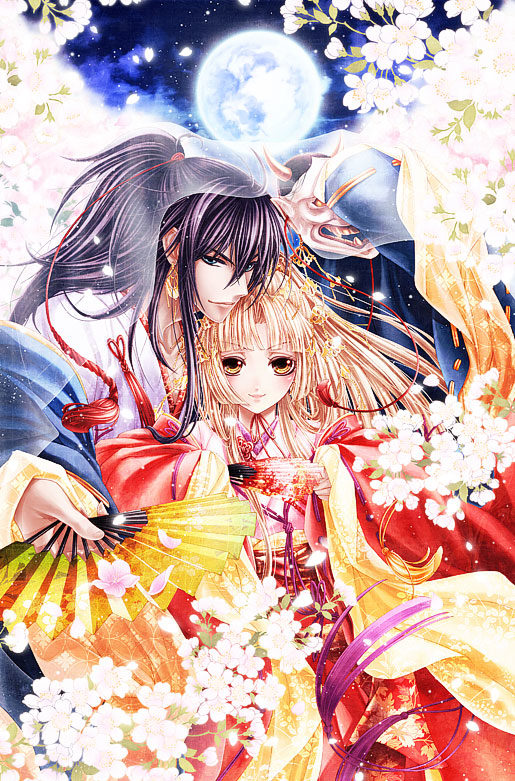 Plot Synopsis: At a time when the world was still at peace, to the east of the capital, a beautiful dancer of Noh named Hakubi appeared. He was keeping a terrible secret that he couldn’t tell anybody…

Plot: The plot of this first chapter was pretty interesting, and it was an interesting look into the world of traditional Noh performances. For those who don’t know Noh is a type of play that was only performed by men, no women performers were allowed even for female roles. I’ll probably keep reading this series eventually. That being said it didn’t hold my attention enough to make me want to read more immediately.

Characters: Hakubi is a really interesting protagonist, as for the why I’ll leave it to you to find out. Souma on the other hand seems to be the arrogant pretty boy stereotype that is so common in Shoujo manga. Hopefully he’ll get more developed over time. As for the rest of the cast we didn’t get introduced to many others, but there were a few. Okubei for one was pretty interesting.

Art: The art of this series was great, which is the main reason I’ll probably continue reading this in the future.

Overall: This seems to be fairly interesting, so I’ll give it a go ahead for those who enjoy Shoujo manga.

For those who like: Drama, Romance, Supernatural, Noh, Interesting Plot, Excellent Artwork.