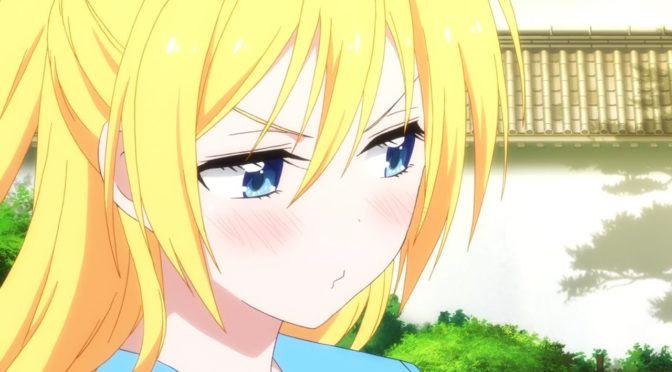 This week for Sensate Saturday I’m doing a quick primer on some stereo types people will find in Japanese romance, and to a lesser extent everywhere else! It’s all about Dere!

What is Dere?: It’s a Japanese onomatopoeia for lovestruck, dere dere.  There are four main types of “Dere”, Tsundere, Dandere, Kuudere, and Yandere.

Tsundere: Someone who runs hot and cold, or aloof but secretly in love. Some great examples of Tsundere characters are, Tohsaka Rin from Fate Stay/Night, Kirisaki Chitoge from Nisekoi and from Western Lit, Princess Ce’Nedra from the Belgariad and Mallorean series.  There’s also a variant where the person is generally sweet, but piss them off and they can become violently cold towards you. A good example of this is Stella Vermillion from Rakudai.

Dandere: Someone who is really shy and sweet, pretty much the exact opposite of Tsundere’s in outward appearance for the most part. Some great examples of Dandere characters are Hyuga Hinata from Naruto, Onodera Kosaki from Nisekoi, are some of the more recent outstanding notables, but there are plenty more.

Kuudere: Kuu, from the English word “Cool”, is someone who is cold and rather emotionless on the outside towards pretty much everyone, but that special someone can melt their heart in a quick second. Examples include Seishirou Tsugumi from Nisekoi, Meng Qing from Peerless Martial God, and Ayanami Rei from Evangelion.

Yandere: Probably the most disturbing personality type of the four, Yandere’s are typically crazy about someone. Literally. They don’t take rejection well at all and become incredibly violent. They might even go down the road “If I can’t have him/her, no one can”. Some notable and famous examples are Yuno Gasai from Mirai Nikki, Vander Decken IX from One Piece (What you expected this to be just a female only trope? Get real.), Harold and Nadine from Stephen King’s The Stand are some Western Literature examples as well.

That’s it for this week’s Sensate Saturday!