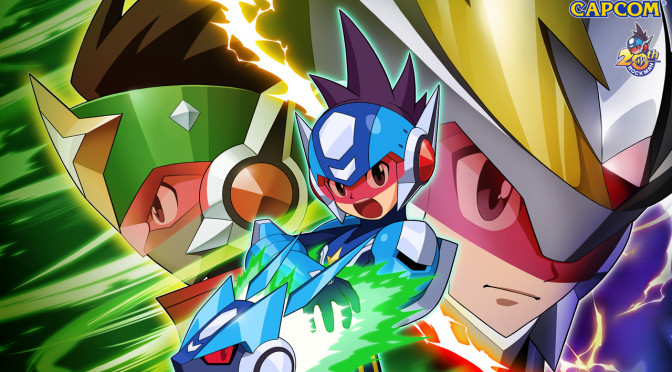 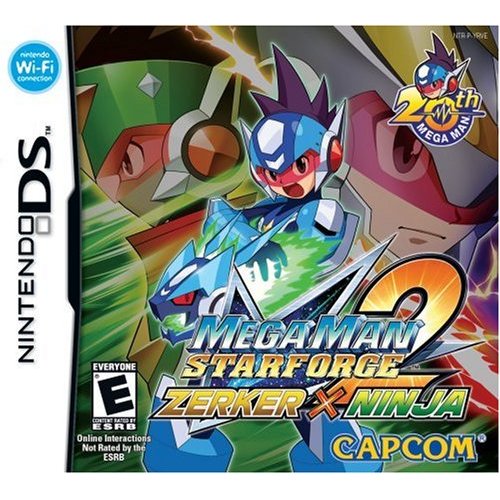 Plot Synopsis: The game stars a fifth-grade student named Geo Stelar, and his FM-ian partner, Omega-Xis. Set approximately two months after the events occurring in Mega Man Star Force, Geo has adjusted to life with Omega-Xis, and has made many new friends. At the beginning of the game, Geo is eager to receive a new transfer known as a Star Carrier that he has waited two months for.

One day, Geo and his friends decide to travel to the technological hub of Wilshire Hills in IFL City, where they witness a new device known as the Star Carrier at work. The Star Carrier is able to take radio waves and transform them into material objects, known as Matter Waves. While watching a movie, Geo and his friends witness an attack by a mysterious man named Hyde, who partners with an Unidentified Mysterious Animal, or UMA, named Phantom in order to wreak havoc.

Plot: The plot is pretty good, for an E for everyone game. It’s nothing super amazing, but not bad.

Gameplay: The gameplay is a lot like the last Star Force game, but with some improvements. I loved the first game and the second game had just as great gameplay. It’s a pity Capcom killed Mega Man, I’d love to play another Star Force game.

Music: It’s standard Mega Man, not much I can say, but that’s all I remember.