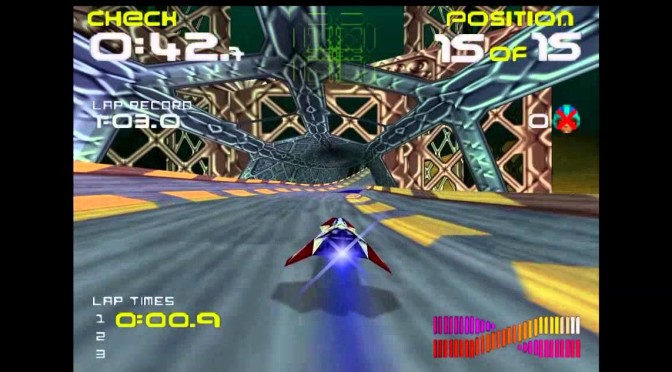 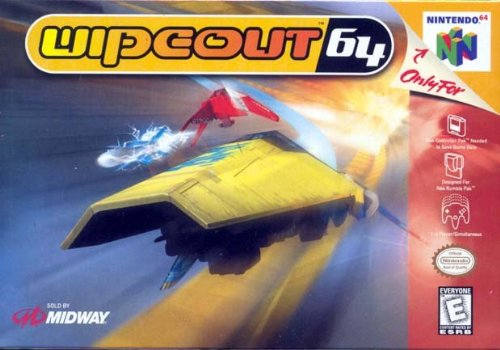 This week on Retro Game Friday I’m covering a game I enjoyed despite some difficulties. It’s Wipeout 64!

Plot Synopsis: This game had no plot, not really.

Gameplay: The gameplay was quite good, fulfilling the speed demon inside of me quite well. That being said I did have some trouble controlling it when I was a kid, though if I played it now I could probably get over any difficulties given about half an hour. It was quite fun to blast along the racecourses at max speed with the fastest vehicle.

Art: The art doesn’t hold up well to time, but that’s to be expected most games on the Nintendo 64 don’t age well.

Music: I didn’t enjoy the music at the time I was playing it, but I might it enjoy it now. It was supposedly quite good, although I haven’t found the soundtrack to listen to verify that claim.

Overall: If you want to be a true speed demon, this game is for you!

For those who like: Racing Games, Sci-Fi Racers, Ridiculously fast games.