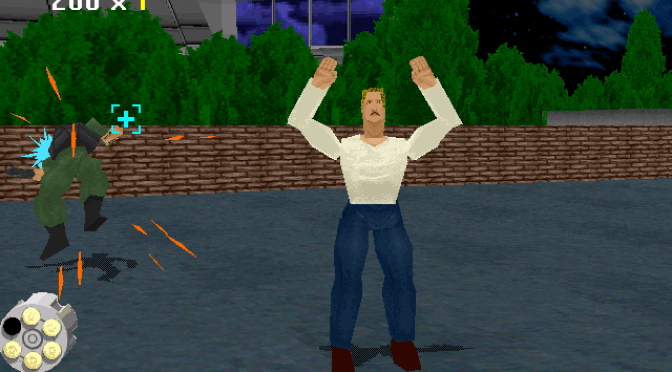 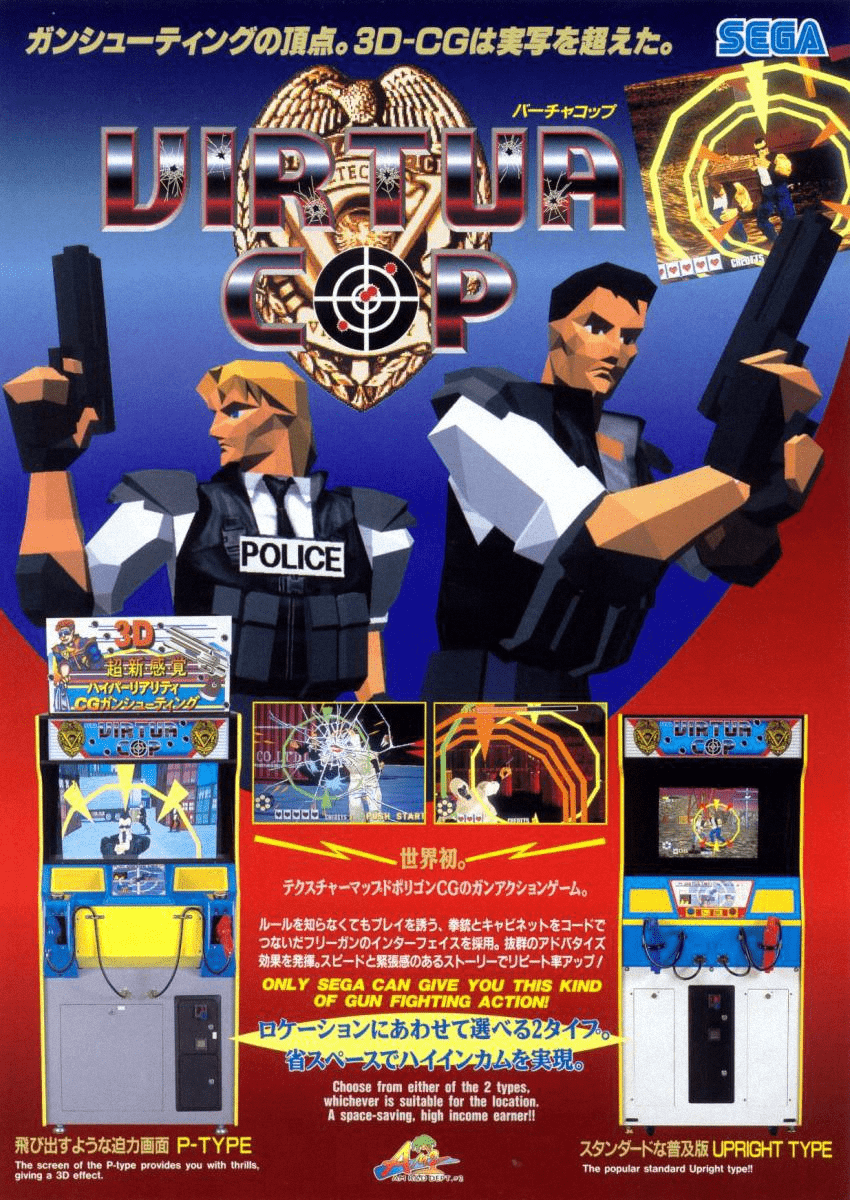 This week for Retro Game Friday I’m Covering a really retro game some of us who remember Arcades played. It’s Virtua Cop!

Plot: The plot is non existent, and if you played in an Arcade, you certainly weren’t going to be understanding the story.

Gameplay: That being said it was fairly fun for those played it since it really revolutionized the FPS genre, and was a major influence on games such as Goldeneye. By today’s standards, it’s nothing major at all, but it was quite a leap forward for that time period. It was a rail shooter, so you had no exploration and you were encouraged to act with precision and quickness to earn the highest score possible.

Art: The art is really outdated now, and honestly is ugly as all hell by todays standards, but it was quite amazing back then. Now though it’d be just a laughing stock.

Music: I don’t remember any of the music, mostly because it was in an Arcade. Maybe it was okay, but I couldn’t tell you.

Overall: A fun game, but quickly becomes repetitive if you could memorize the enemies positions.

For those who like: Arcade Games, Old School Rail Shooters.

Not for those who don’t like: Either of the above, or terrible graphics by today’s standards.