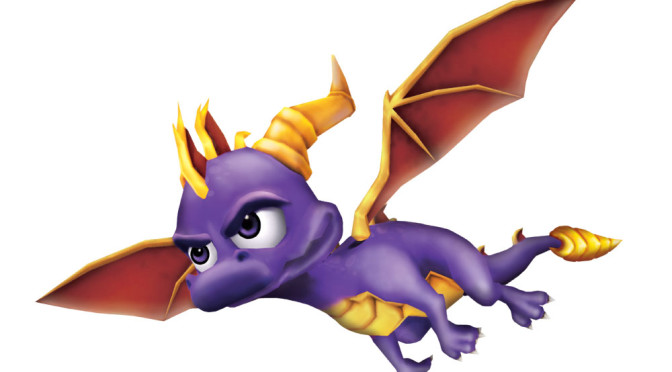 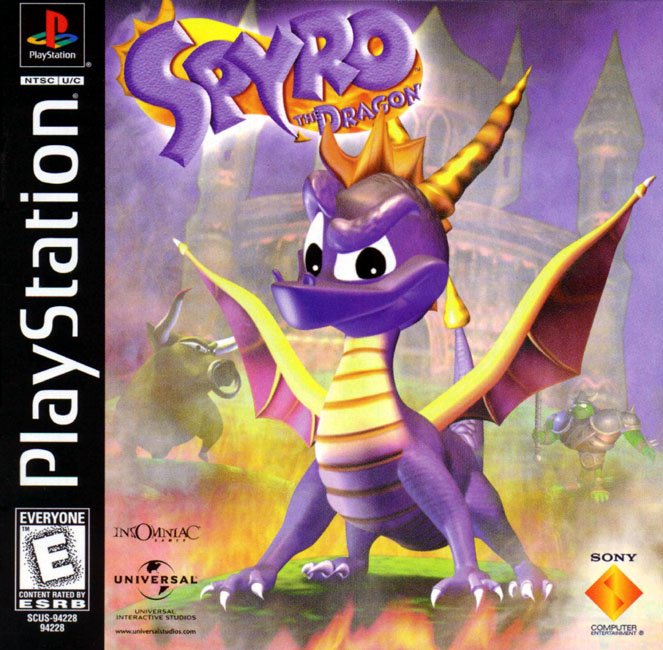 This week on Retro Game Friday I’m covering the game that was the start of one of the most successful series of all time. It’s Spyro the Dragon!

Plot Synopsis: During the intro, a news team sets up an interview with a couple of dragons within the Artisan World, one of five realms in the Dragon Kingdom (the others of which include Peace Keepers’ world, Magic Crafters, Beast Makers, and Dream Weavers) which have lived in harmony for years. When the reporter asks about Gnasty Gnorc, a gnorc who lives within his own, sixth realm, one of the dragons describes him as an ugly, simple minded creature who poses no threat to the Dragon Kingdom. However, Gnasty is watching the live feed from his home world and, enraged, uses a magic spell to encase all dragons in crystal and sends out his hordes of gnorc soldiers. One dragon, Spyro, is able to avoid the attack due to his short stature compared to the other, much larger dragons.

Plot: The plot of this game is pretty childish, but considering the demographic it was aimed at, children, that’s really not surprising. The gameplay makes up for it though.

Characters: Don’t remember much, except that Spyro was rather snarky which was pretty funny.

Gameplay: It was a platformer in the vein of Super Mario 64, with a few twists that fit Spyros nature very well. Spyro could glide, and fly in some levels, and this allowed him to reach far away platforms or ledges. This was quite a cool concept to many children, including myself, because at the time very few platformers allowed for this ability to be available at any time. Sure Mario 64 had the wing cap, but that was hard to control and had a time limit attached to it. The rest of the game plays very similarly to any other platformer though, collect items to unlock more levels.

Art: The art was very good for it’s time, it utilized the PlayStations power to the max and was pretty detailed for it’s time. That being said it’s aged poorly, like all games of it’s time.

Music: It was okay, nothing spectacular though.

Overall: If you are wondering where Skylanders started, this is the game that started it all. It might be worth playing.

For those who like: Platformers, Skylanders, Dragons, Good Graphics for it’s Time.

Not for those who don’t like: Any of the above, or childish plots.