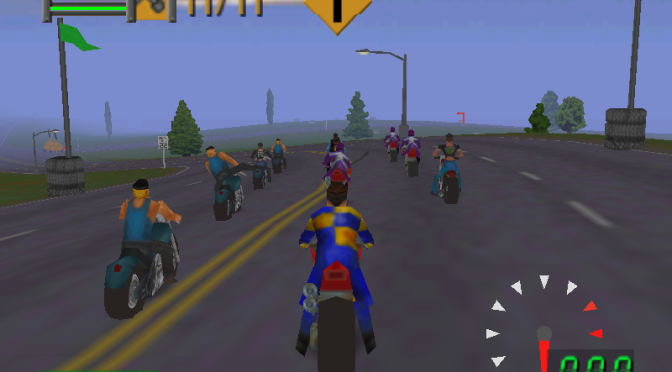 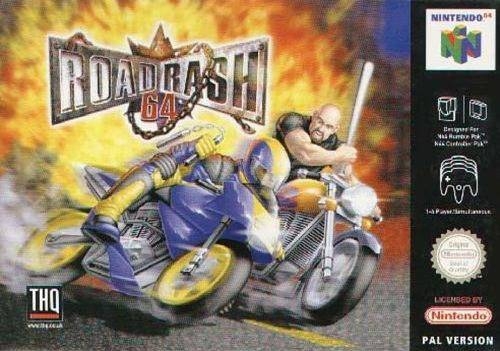 This week for Retro Game Friday I’m covering a game that was fun to play with others. It’s Road Rash 64!

Plot Synopsis: Oh wait this is a Racing game, it definitely doesn’t have any sensible plot. Moving right on!

Gameplay: The game plays similarly to previous games developed in the Road Rash series, which involves the player racing their motorcycle against other motorcyclists. While racing, the player has the option of punching, or using weapons to attack other racers, to slow down their progress. It was rather fun to play with others, but it wasn’t nearly as enjoyable alone, which was a drawback at the time. Personally I never really enjoyed it except as a fun party game that I enjoyed when at a friend’s a couple times. To me it’s barely interesting enough to compete with Diddy Kong Racing, let alone something like Mario Kart in terms of fun to play with other people.

Art: Terrible, but since this was a N64 game I’m not surprised that it’s aged poorly. That all being said it did keep an impressive consistently high frame rate on the screen for everything that takes place during a race.

Music: Some actual bands contributed music to the game, but as I personally didn’t have any interest in music at the time I didn’t pay attention and I can’t remember a thing!

Overall: A very skippable game, go find a copy of Diddy Kong Racing instead and you’ll be much more entertained.

For those who like: Racing Games, Road Rash Games.