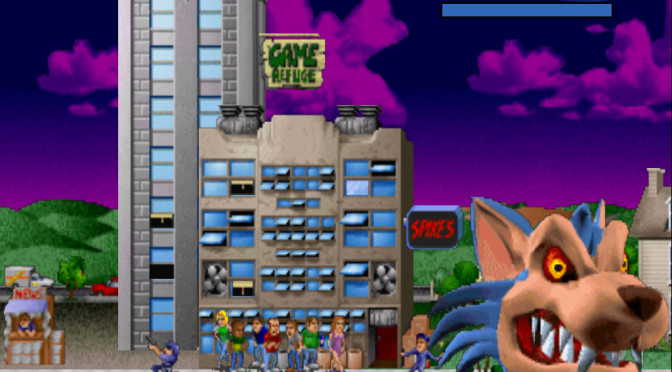 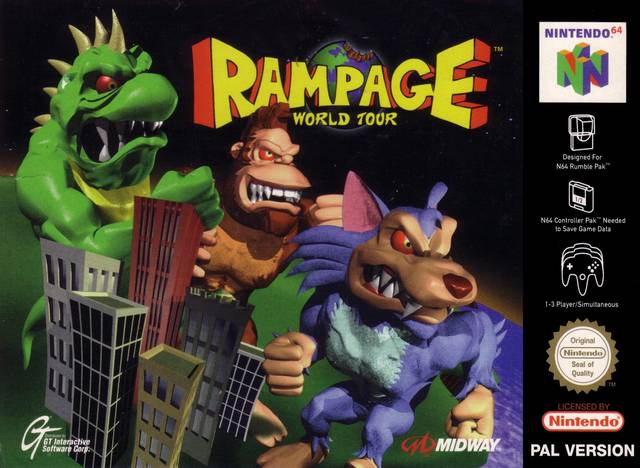 I’m back with a guilty pleasure game from my childhood for this week’s Retro Game Friday. It’s all about Rampage World Tour!

Plot Synopsis: George, Lizzie, and Ralph have been released due to an explosion at a Scumlabs facility. The trio begin to destroy all of Scumlabs’ bases scattered throughout the world.

Plot: I totally didn’t even remember that this game had a plot, but that was never the draw.

Gameplay: It’s like one of those old arcade side scrolling punch em up games, except your main targets are buildings and you just beat the crap out of it with your fists and occasionally eat your friends if they were untransformed by losing too much health.The game was fun to a kid, but it’d probably get boring to me really quickly.

Music: Don’t remember it much, but it definitely had that old arcade feel.

Overall: It’s probably worth an hour of your time, but probably not much more.

For those who like: Old games, Arcade Style Games, Timeless Art.