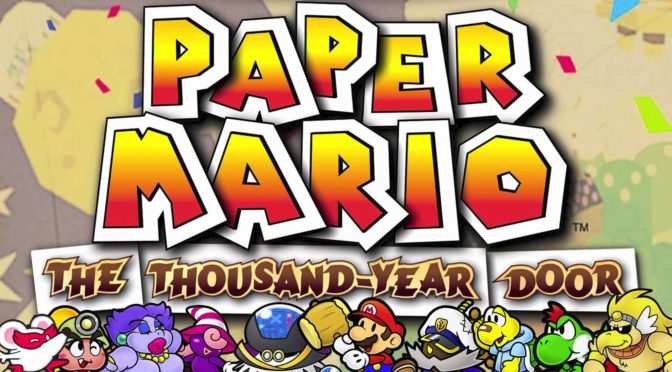 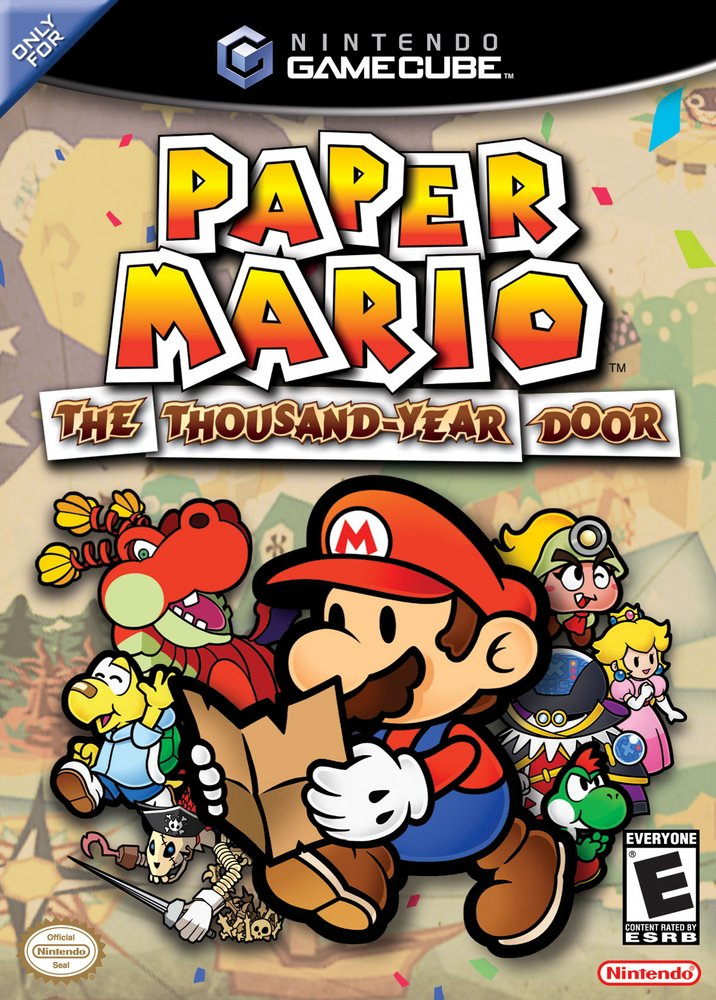 Plot Synopsis: The game opens with an introduction about a seaside town which was damaged by a cataclysm and consequently sunk into the depths of the earth. A town named Rogueport was later built at this site, with the fortunes of the lost kingdom fabled to exist behind the eponymous Thousand-Year Door, located in the ruins of the old town. Mario becomes involved when Princess Peach contacts him about a treasure map that she bought in Rogueport…

Plot: The plot is okay, but this isn’t anything like a Final Fantasy game in terms of story telling. The story is definitely aimed at a younger audience, which is fine because this is a Mario game. If you’re expecting gritty and hardcore violence, I’m sure any Mario game will not be what you’re looking for.

Art: It’s aged pretty well, but the art style of the Paper Mario series has always lent itself a timeless quality.

Music: The music is very much a Mario score, but that again isn’t surprising, this is a Mario game. It’s going to have familiar sounds.

Overall: This is a good sequel, but not a great one. If you really loved the first game, then Thousand-Year Door will probably be something you’ll want to play. Otherwise this can be a skippable game.

For those who like: Mario, RPGs, Turn-Based Combat, Puzzles, Good Artwork.