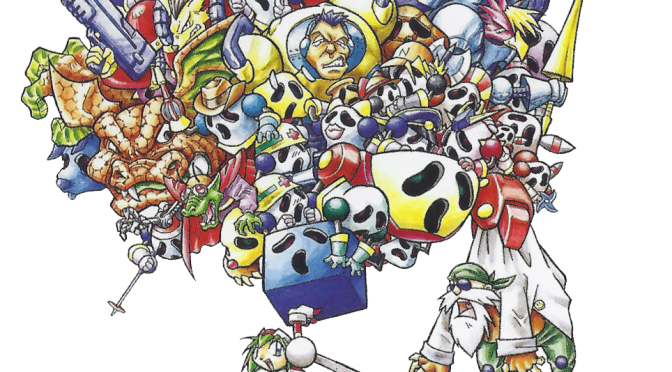 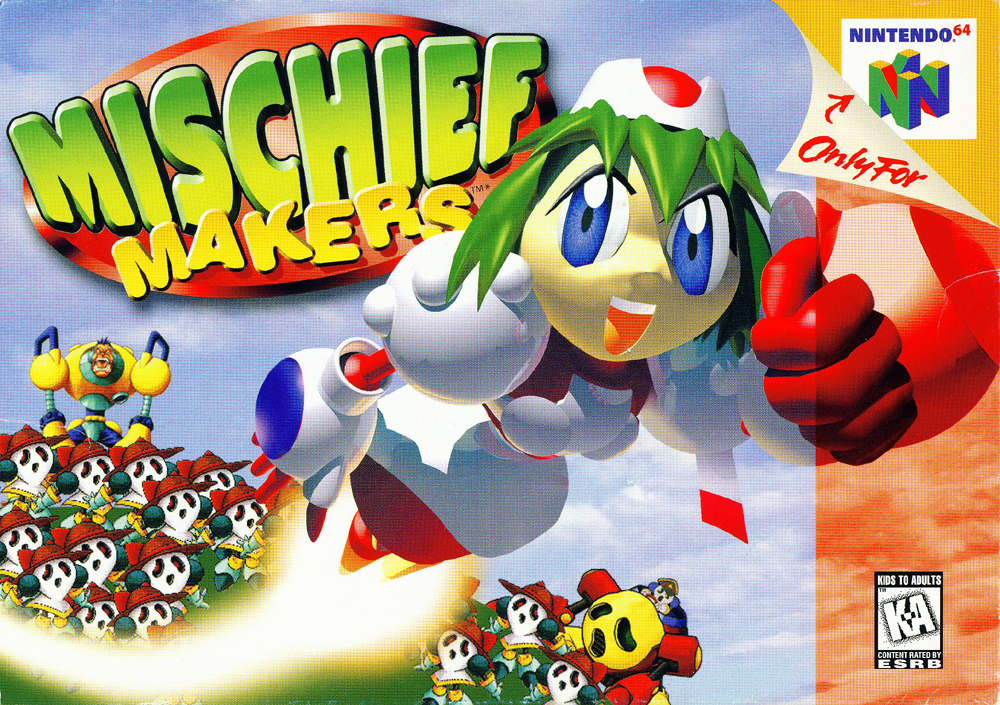 This week I’m covering a game that I never owned, but rented a few times and loved playing on my Nintendo 64! It’s time to make some trouble with Mischief Makers!

Plot Synopsis:The player-character, a robotic maid named Marina, journeys to save her kidnapped creator. The story takes place on Planet Clancer, a world on the cusp of civil war due to the actions of its Emperor and his Imperial forces.

Plot: I don’t remember the plot of this series much, but I do remember it was absolutely not serious at all. I mean the person you play as is a freaking robotic maid.

Gameplay: The gameplay was quite good, although I do remember it giving my Dad vertigo when he watched me play it. I never had a problem personally. Also the combat system revolved around the fact that you could grab just about anything in the game and shake it. Some things became homing missiles when thrown after being shaken. It was a great game and I loved the combat system.  Many people have said that this game is one of the best relatively unknown N64 games.

Music: The music was ridiculous, just as much as the plot.

Art: The art stands up pretty well to today’s standards, because it’s pretty much a 2D game, with some polygonal characters.

Overall: If you can find this game, you need to play it.

For those who like: Action, Adventure, Comedy, Great Gameplay.

Not for those who don’t like: Any of the above, but how can you hate that?!