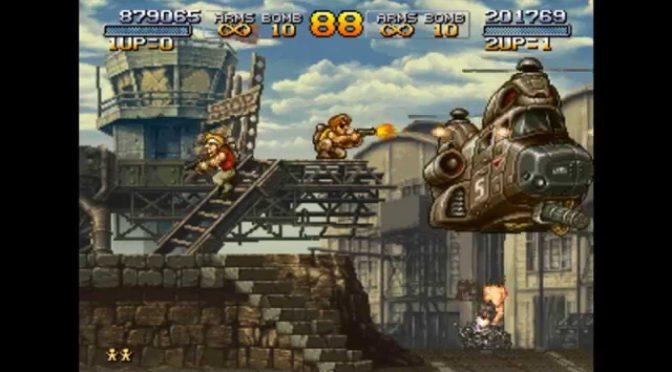 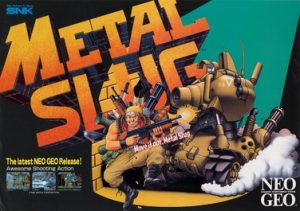 Hey all I’m back with yet another classic Arcade game for this week’s Retro Game Friday. It’s Metal Slug!

Plot: The plot is fairly basic, and very Contra-like in that it deals with the characters Marco and Tarma attempting to stop a rebel army attempting a coup and creating a new world order.

Gameplay: The gameplay is very much a shoot-em up along the lines of Contra. It’s not an amazingly standout game, but I enjoyed playing it at the Arcade when I got the chance as a kid.

Art: The art of Metal Slug was very good, and the animations were incredibly fluid that felt snappy and were very satisfying to control.

Music: I don’t remember any of it, mostly because I only played this game at the Arcade the few times I got to play it.

Overall: A solid and very classic game that is worth a shot playing if you get the chance to do so for a pretty cheap price.

For those who like: Shoot’em Ups, Military Themed Games.