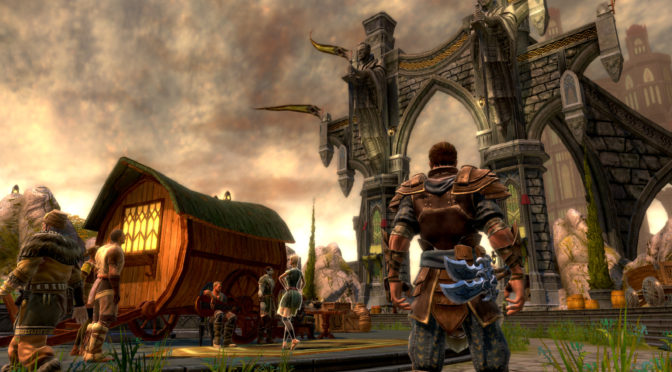 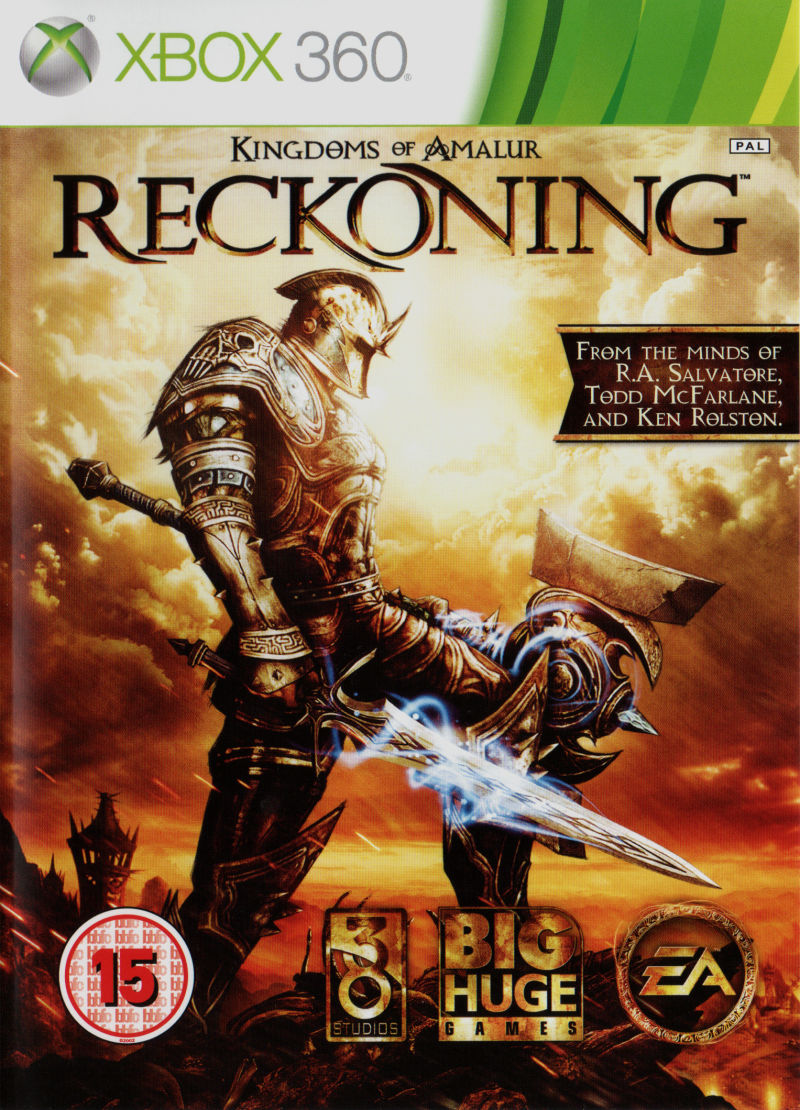 This week for Retro Game Friday I’m covering the only game made by the infamous 38 Studios. It’s Kingdoms of Amalur!

Plot Synopsis: A mortal known as the “Fateless One”, who, having died before the game’s outset, is revived in the experimental Well of Souls by the gnomish scientist Fomorous Hugues. The first and only success of the experiment, the Fateless One must escape the facility when it comes under attack by the Tuatha Deohn, a subsect of the immortal Winter Fae, who are currently waging a “Crystal War” on all the mortal races in the name of their new god “Tirnoch”.

Plot: The plot is okay, and there are plenty of sidequests, however it’s not completely original enough to be truly noteworthy to me. The fact that there is obvious and blatant nods to actual Earth mythology is a big demerit for the writing. That being said the story was enjoyable enough.

Gameplay: This played a lot like both Skyrim, in the freedom aspect (mostly although not like Breath of the Wild or Metal Gear Solid V), and Fable in the button usage and combat system.  There was enough customization to feel like you your character was unique and special for you, but not so overwhelming that you are required to spend 10 hours to get the perfect look. Although I suppose almost any game with a customization system could count as such if you want to be really picky. The combat was frenetic and fast paced, and it felt like if you put World of Warcraft and made it a single player console game. Sort of. That’s just the feeling I got from playing it.

Art: The art is okay, and while it’s aged somwhat poorly it’s not as bad as games from the 90’s or 00’s in terms of aging.

Music: Pretty standard fantasy fare, not too amazing or too spectacular though.

Overall: This is a fun game, although it has it’s flaws. Worth a shot playing it if you can find a copy.

For those who like: Action-RPGs, Fantasy, Drama, Frenetic Combat, Good Plot, Decent Artwork.

One thought on “Retro Game Friday: Kingdoms of Amalur”