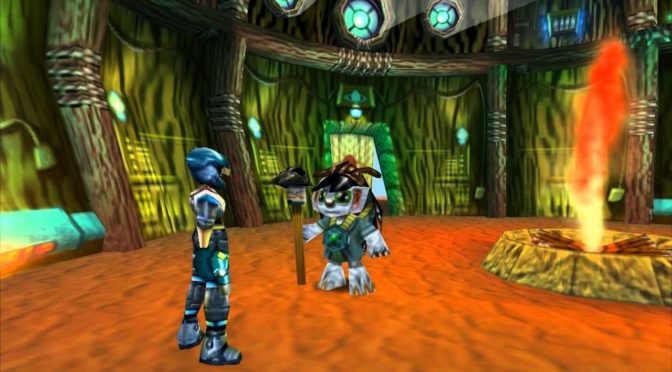 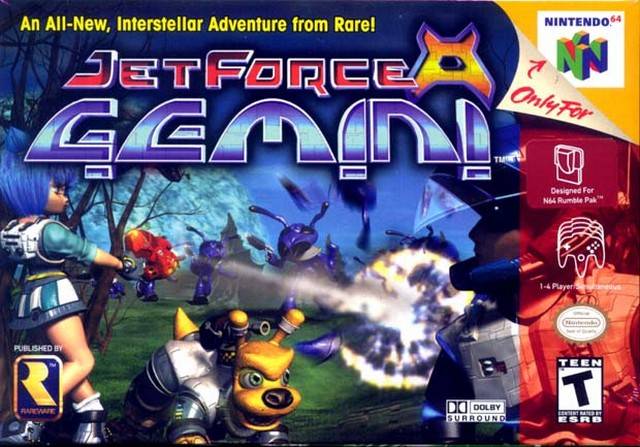 Plot Synopsis: Jet Force Gemini begins with the three heroes, Juno, Vela and Lupus in orbit around the planet Goldwood after barely escaping the destruction of the entire Jet Force fleet at the hands of Mizar, who has been capturing and enslaving a race of survivors known as the Tribals. When they are attacked by several drones, the three decide to abandon their ship and go off on their own separate paths to stop the invasion.

Plot: The plot is okay, not amazing, but it’s better than Destiny’s non existent story.

Gameplay:  The three heroes all play slightly differently, but there are some things that are the same like the targeting and general movement. However Juno can walk through lava, Vela can swim indefinitely and Lupus can hover for a short period of time. The gameplay itself is actually pretty good, however the fact that you have to rescue every Tribal to beat the story is more than a bit annoying, especially since you can accidentally kill them with friendly fire. Or on purpose if you’re just in a mood for destruction and mayhem. The game also has local co-op where the second player can play as Floyd, a robotic drone that hovers above the characters and can open fire on enemies.  The multiplayer was okay, but really not that amazing compared to now a days.

Art: The art has definitely aged poorly, but it was pretty freaking awesome back when it released.

Overall: If you get the chance to play this, give it a whirl it’s pretty fun. That being said it does require a lot of effort to actually finish the story which is more than a bit frustrating.