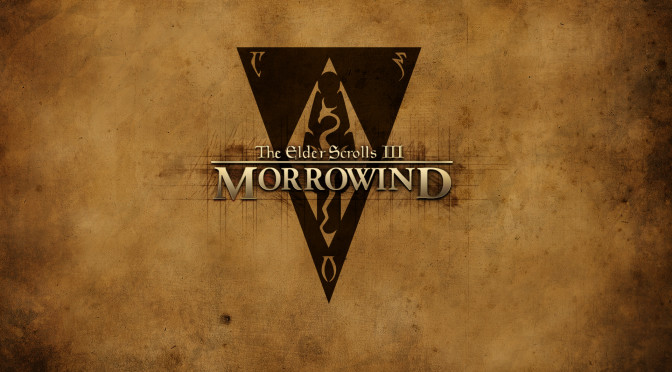 Plot Synopsis: After a storm and a strange vision in his dreams, the player begins fresh off a boat from a mainland prison in a town called Seyda Neen, freed by the string-pulling of the current ruler of the Tamrielic Empire, Emperor Uriel Septim VII, with the task of meeting Caius Cosades, a member of the Blades, a secret group tasked with the protection of the Emperor and the Empire. 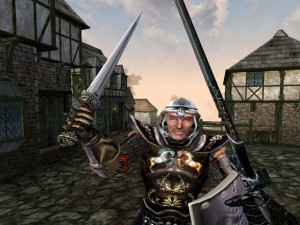 Plot: The plot is very much uncovered as you go along, and while more recent entries in the series have held your hands with waypoints and fast travel, Morrowind had none of these things. In addition to being able to fly through the sky, players were free to kill anyone even central characters to the plot of the game. Of course doing so would cause a warning saying you screwed up and that you should probably reload a save file prior to your murder of that character.

Gameplay: This game plays quite similarly to Skyrim and Oblivion, but it wasn’t nearly as easy to complete the main story quest. This was due to the fact that you didn’t have a handy compass telling you which way is north and no waypoints for each quest. You actually had to read the in game journal and correctly interpret what was written in there. Probably the thing that caused me to play as a mage in this entry rather than a thief like I did in the later entries was the fact that you could levitate. If you had enough mana you could do it endlessly, and would be able to dodge all sorts of nasty things. Of course the sky was filled with weird creatures that could attack you while you flew around, but it was generally the easiest way to get around. Also diseases and curses were much more damaging to you than they were in Oblivion or Skyrim.

Music: The music for this game was amazing, and stands up to more recent works in the series as an equal. I actually prefer the soundtrack of Morrowind over Skyrim or Oblivion’s soundtrack.

Art: The worst part of the game was the artwork, it was very ambitious, but it clearly shows its age now. If you played on the Xbox version you were subject to frequent crashes, but if you saved every 5 minutes or so you were okay. In fact you were encouraged to do that in case you messed up and created an unsolvable problem due to a mistake.

Overall: If you’ve never played it, give it a shot on the PC. Download some graphical mods and make it look a bit better and enjoy the game.

For those who like: The Elder Scrolls games, RPGs, Open World Gameplay, Difficult games.