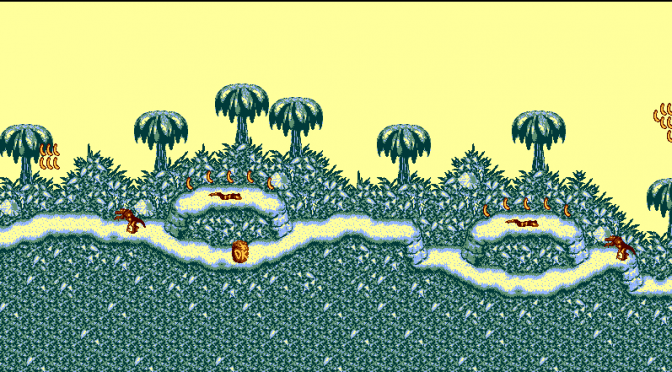 This week for Retro Game Friday I’m back with a game that was one of the first I ever played. It’s Donkey Kong Land!

Plot: The plot is more comedic than most and very much breaks the fourth wall, but that’s pretty much par for the course with the Donkey Kong series.

Gameplay: The gameplay was okay, although there were limitations, like the levels only being named in the manual, due to the hardware of the Gameboy. However it played a lot like the Country counterparts for the SNES.

Art: The art is okay, but old.  However ironically enough, and I didn’t know this until I was looking up the Wikipedia page for the developer and publisher info, the game is one of the few that the Super Game Boy pack for the Super Nintendo actually improved the game’s graphics.

Music: Being a handheld I didn’t get to listen to the music more than a couple of times, although I remember it being very much Donkey Kong music.

Overall: A solid game, but it was hampered by the original hardware in some places.

For those who like: Platformers, Donkey Kong, Handheld Games.