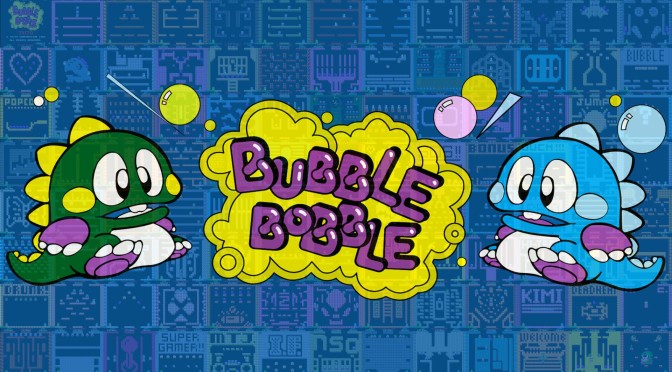 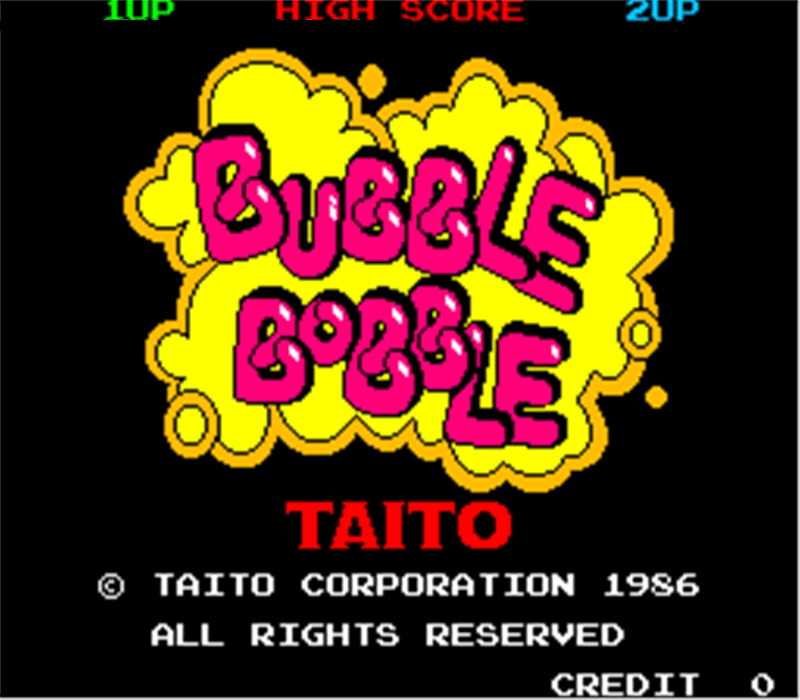 This week for Retro Game Friday I’m covering a game I really loved to play as a little kid on my old Macintosh computer. It’s Bubble Bobble!

Plot Synopsis: The main goal of the game is to rescue Bub and Bob’s girlfriends from the Cave of Monsters.

Plot: Didn’t even remember that this game had a plot.

Gameplay: The gameplay is a classic platformer where you continually try to advance through levels by defeating all the enemies by encasing them in a bubble and popping it. You had to avoid being touched or you lost a life and if you took too long an invincible enemy appeared and tries to murder you. The game had 100 levels, but the biggest thing I had fun with as a kid was the fact that my mother and myself were able to play on one computer by using the keys. It was pretty fun and we’d try to get as far as we could in an hour after dinner. I think we beat the game only a couple of times.

Art: The art was pixels and thus it still looks decent to this day. It has aged, but it did it well.

Music: Don’t remember a thing of it.

Overall: This was a great game to play as a kid with another person.

For those who like: Classic Games, Platforming, Co-Op Games.