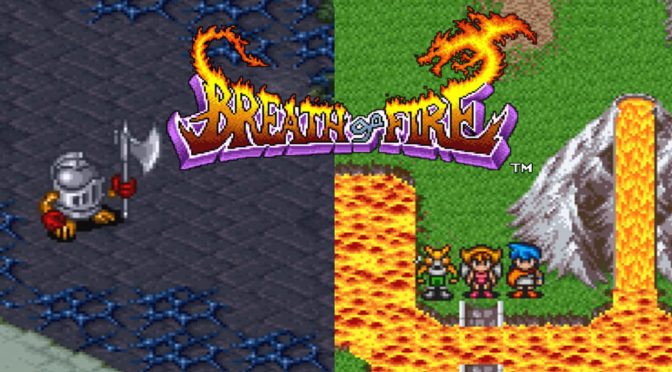 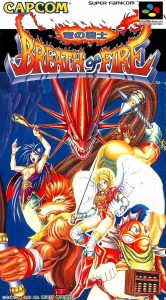 This week for Retro Game Friday I’m back with a classic JRPG. It’s Breath of Fire!

Plot: The plot is pretty basic, it’s a standard “The Hero’s Journey” with the big draw of this series being that every character can either use a fantastic ability or can transform into a creature. Ryu for example can turn into a Dragon.

Characters: Honestly the cast is okay, but it’s not an outstanding cast of characters. It’s not terrible, I enjoyed them a heck of a lot more than any character from Hunger Games as an example, but they were rather bland compared to some characters in other JRPGs, especially more recent ones.

Gameplay: The gameplay is a typical turn-based RPG, though there is a party member, Karn, who allows you to fuse two members into something else which is a rather odd design choice back in that day and age.

Art: The art has aged pretty darn well, but given that’s it’s purely pixel based that isn’t a surprise.

Music: Sadly I can’t really remember much of the musical score as I played this at a neighbors.

Overall: A fun JRPG, though it doesn’t quite stack up in timeless quality as other games it’s a peer of, like Final Fantasy.