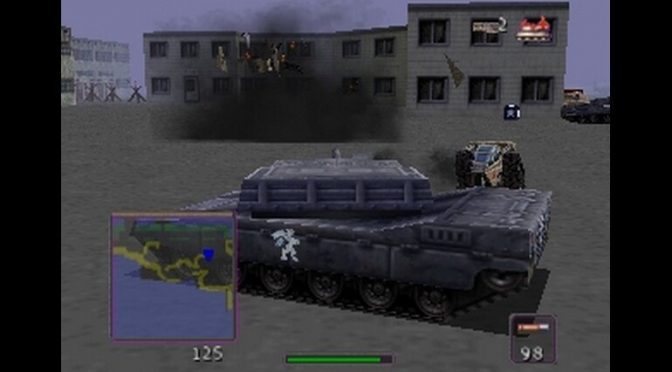 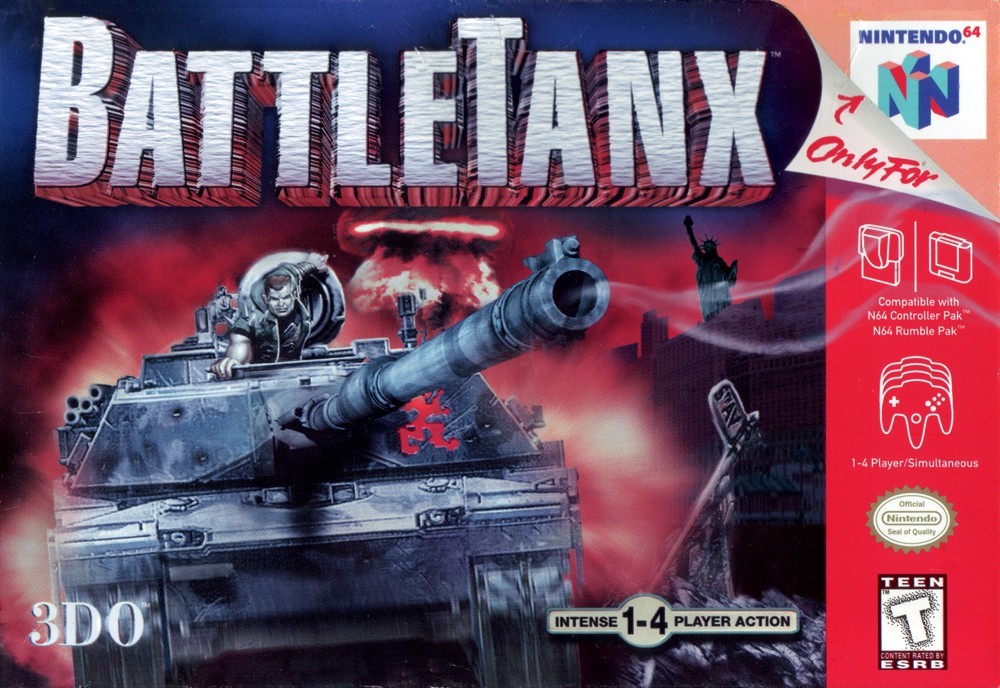 This week for Retro Game Friday I’m covering a game that I have been meaning to cover for a long time. It’s BattleTanx!

Plot: The plot of BattleTanx is pretty much nonsense, a plague kills 99.99 of all the women in the world and the rest are held up as feudal ladies that are the leaders of all the various gangs that come after the world went to crap. If you are looking for a really deep story, this isn’t going to satisify you.

Gameplay: Thankfully that wasn’t the point, and the gameplay was. The gameplay is purely Tank vs Tank combat in various locales across the US, such as Chicago, and New York. It was pretty fast paced and fun to play, especially with a friend or two. This also included destructible enviroments, though you could say that took up much of the power that was used in the game. Still it was fun to play as a kid, even if it was a bit violent. Still what kid doesn’t like explosions?

Art: The art has aged incredibly poorly since it was first released, but given that this was released in 1998 for the Nintendo 64 that isn’t too surprising.

Music: I honestly don’t remember much of it. I was too busy talking with my friends while we played.

Overall: A fun game, and if you get the chance to play it with a friend or two it’ll entertain you for a bit, but not too long since games have improved greatly since this was released.