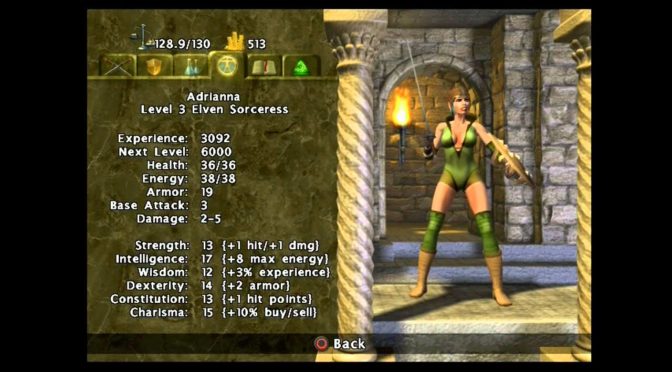 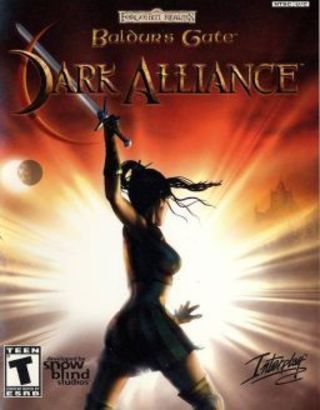 Plot Synopsis: The game begins with Vahn, Adrianna and Kromlech arriving in Baldur’s Gate, whereupon they are attacked by a group of thieves led by Karne. The thieves are about to kill the trio when they are interrupted by the city watch, who take the newcomers to the nearby Elfsong Tavern to recover. There, the bartender, Alyth Elendara, assists them in earning some money by giving them the job of clearing the tavern’s cellar of rats.

Plot: The plot is pretty decent, not the most amazing story, but definitely not the worst either.

Characters: The characters are pretty interesting and while they aren’t super deep, there is enough to them to keep them from being dull.

Gameplay: The game plays a lot like Gauntlet in that it’s very linear,and while there are some sidequests they are few and far between. It’s a hack and slash style game, so don’t expect to be entering intricate combos to rain destruction on your enemies. It can get repetitive, although with each of the characters playing very differently it doesn’t mean you can’t switch it up by starting a new file. You do have the option of playing local co-op however which was pretty fun.

Art: It’s definitely aged poorly, but was pretty decent back when it was first released.

Music: I honestly don’t remember any of it, sorry.

Overall: If you want a game that you can play pretty mindlessly, this isn’t a bad choice. That being said there are better choices like Diablo.

For those who like: Hack and Slash Games, Linear Gameplay, Okay Plot, Co-Op Gameplay.