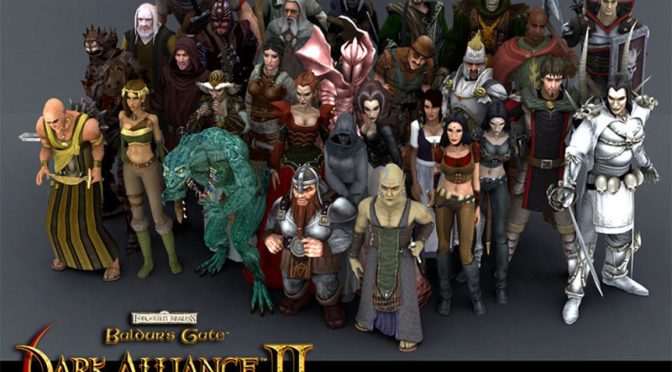 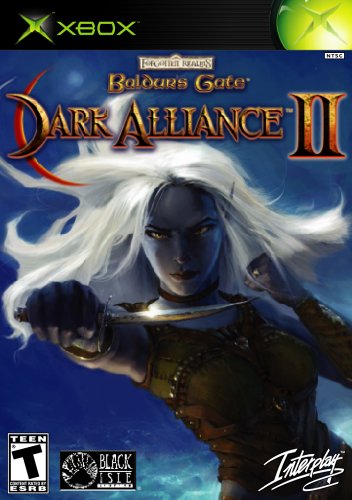 Plot Synopsis: The game begins by revealing the fate of the three protagonists from the first game; after jumping through the portal at the top of the Onyx Tower, Vahn, Kromlech and Adrianna are taken prisoner by the vampire Mordoc SeLanmere. Meanwhile, outside Baldur’s Gate, fate brings Dorn, Vhaidra, Ysuran, Borador and Allessia together. Upon meeting on the Trade Way, they learn that since the collapse of Xantam’s Guild, the route has become increasingly dangerous due to the rise of the Red Fang Marauders, a goblin army who prey on travelers. After infiltrating a nearby Marauders cave, and freeing the caravan guard Randalla, the heroes head to Wayfork Village, a nearby fiefdom. There, they rescue the village from the Marauders and kill their hobgoblin leader, Harnak.

Plot: The plot was okay, but due to certain circumstances I can’t really count it as being good. I won’t mention what they are, but play through the game and you’ll understand.

Characters: We get 5 new characters to play as initially, personally I played as Vhaidra, the Drow Monk. There are also two secret characters, Drizzt and Artemis Entreri, but those are unlocked after beating the game and Extreme mode respectively.

Gameplay: It played a lot like the first game, and was fun to play co-op with a second person with. I think my brother was the Human Barbarian Dorn when we played together. There were some additions, but really it’s not that much different from the first game.

Art: It’s aged poorly, but was pretty amazing back in the day.

Overall: A great sequel if somewhat lackluster in the plot department.