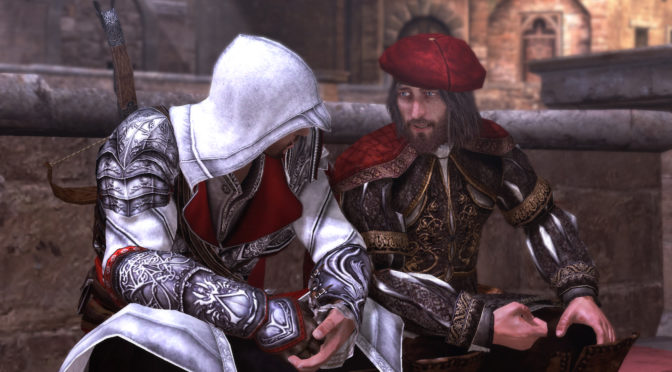 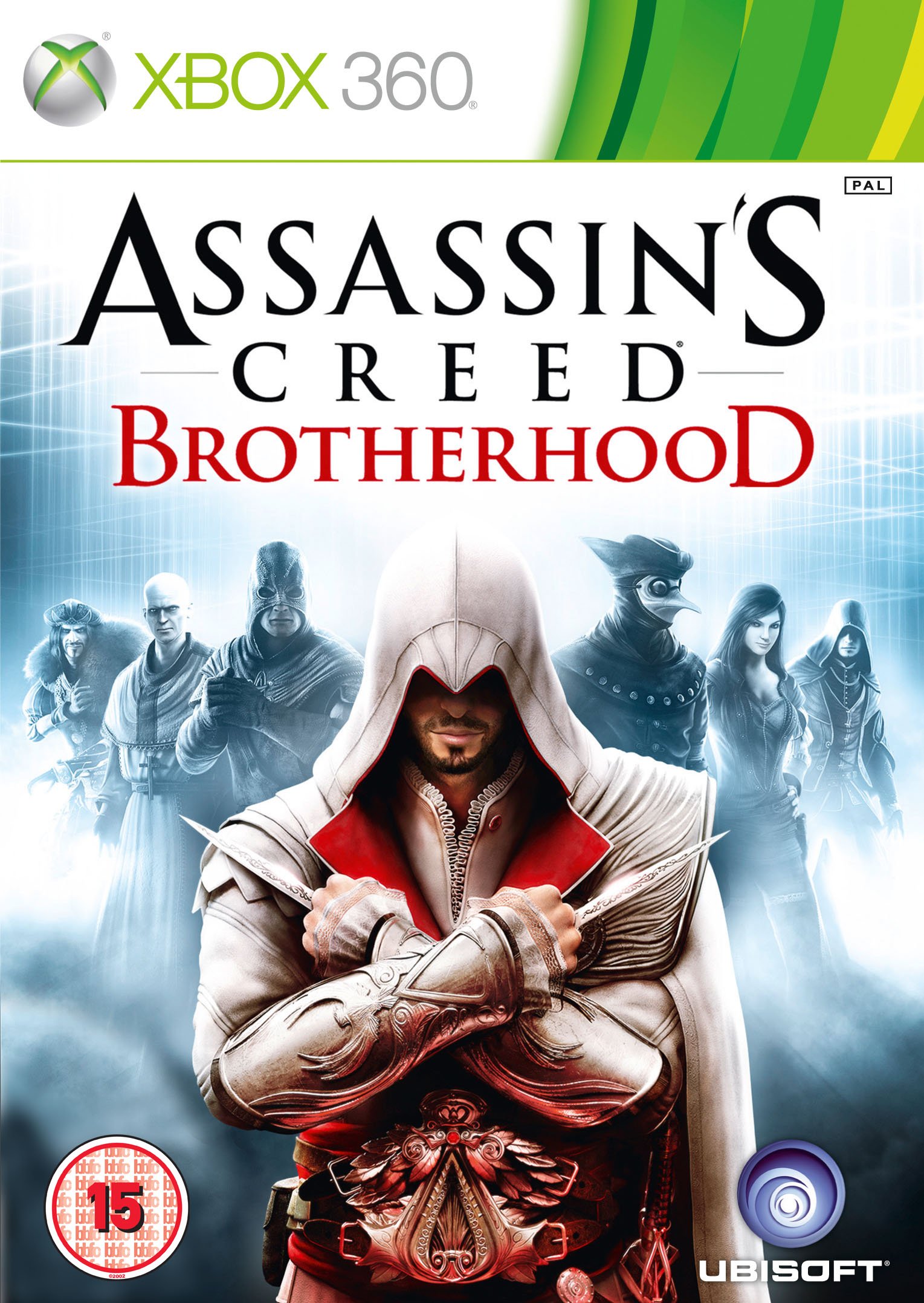 Hey all I’m back to daily posts, and it’s starting back up with Retro Game Friday. It’s all about Assassin’s Creed Brotherhood!

Plot Synopsis: Desmond’s story continues where it left off, in 2012. After escaping the Templars’ attack at the end of Assassin’s Creed II, Desmond Miles, Lucy Stillman, Rebecca Crane, and Shaun Hastings flee to Monteriggioni, establishing a new hideout in the ruins of the Villa Auditore. After restoring the electricity in the old tunnels under the villa, the player once again takes control of Ezio Auditore through Desmond’s genetic memory, using the Animus 2.0 (which is the game’s memory interface). Their mission is to find the Apple of Eden, an important and mysterious artifact that could prevent the impending disaster that is coming in that same year, believed to be perpetrated by the Templars…

Plot: The plot of Brotherhood was pretty amazing, and while it’s the first game which featured the same person as the main character in the past, it wasn’t bad at all. Frankly I really enjoyed the plot of Brotherhood, although it’s not quite as good as ACII, for reasons I won’t name due to spoilers.

Gameplay: This plays quite a bit like ACII, although it included use of horses inside Rome and added the Brotherhood function, which was more than a bit overpowered if you took the time to level the members up as soon as possible. Doing so would allow you to pretty much empty entire missions of guards by whistling for an assassin to take each of them out, which they would do flawlessly after getting to the max rank.

Characters: While many characters re-appear from prior games, I still think that Da Vinci was the best side character in the entire game.

Art: The art has aged, however good news for those who haven’t played Brotherhood is that it along with ACII and Revelations were remastered for HD quite recently for the latest generation of consoles.

Overall: A solid entry in the series, although the Brotherhood functions were more than a bit overpowered.