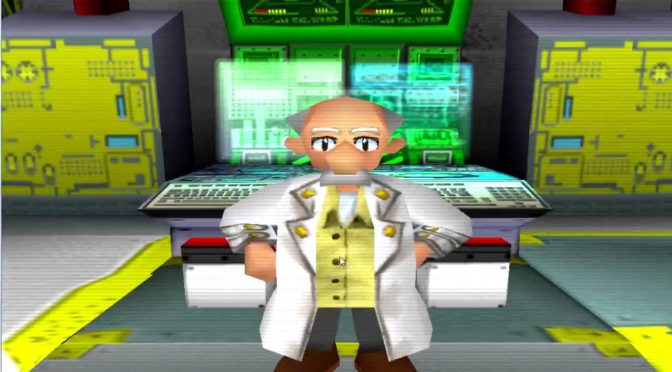 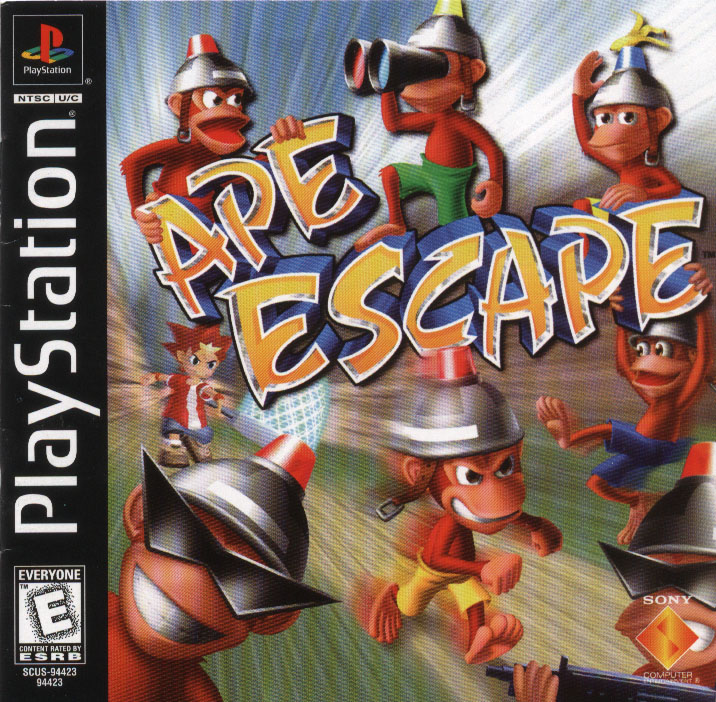 This week for Retro Game Friday I’m back with a real classic that truly deserves another game in the series. It’s Ape Escape!

Plot Synopsis: The story begins when Specter, a white-haired monkey who is well-known at his home in a monkey-themed amusement park, puts on an experimental Peak Point Helmet created by a Professor, which increases his intelligence beyond that of a regular monkey, but also twists his mind, turning him evil. Imbued with this new power, Specter gives Pipo Helmets to all the monkeys in the park and sets them loose, having them take over the local laboratory where the Professor and his assistant Natalie are currently building a time machine…

Plot: This was a truly revolutionary game and the story wasn’t half bad. It wasn’t super intense or detailed like a Final Fantasy game, but for a platformer the story wasn’t all that bad. I’ve definitely seen and played worse games.

Gameplay: The gameplay was the first to require the DualShock controller due to the necessary use of both analog sticks to control both Spike and his tools. I had tons of fun, and frankly this was a one of the best platformers on the original PlayStation, if not the best.

Music: I don’t remember much of it, but it was pretty fun to listen to from what I can remember.

Overall: If you’ve never played it, you really ought to.

For those who like: Platformers, Sci-Fi, Good Plot, Awesome Gameplay.