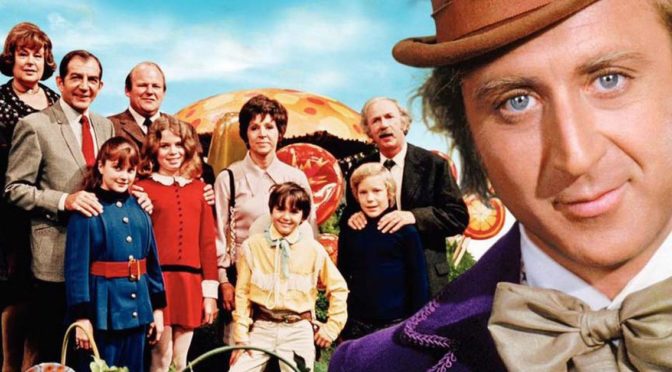 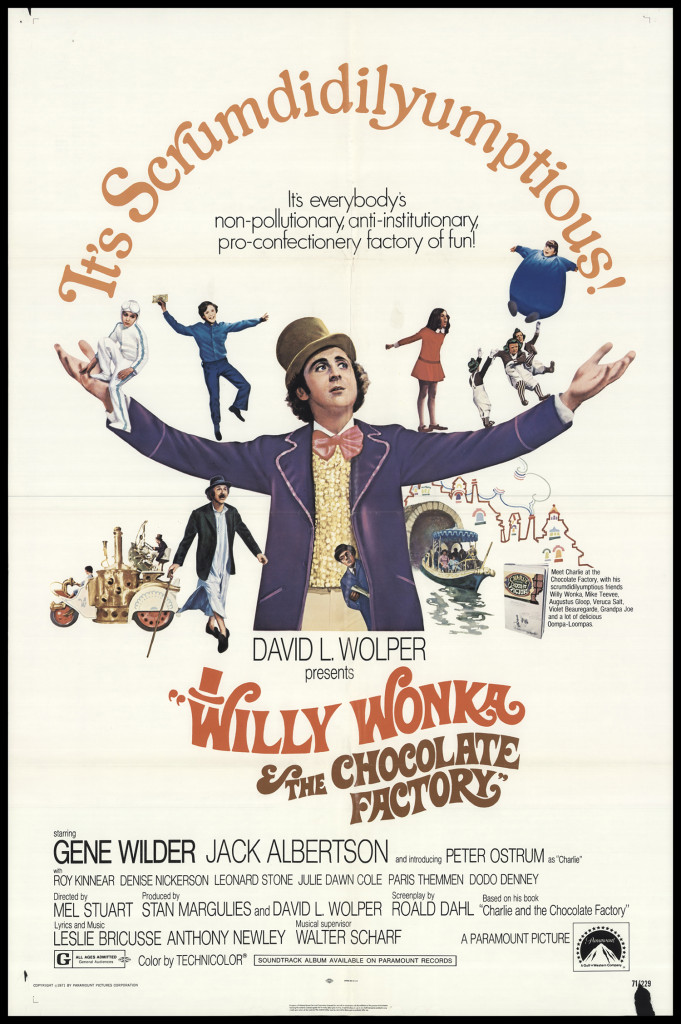 Plot Synopsis: In a small town, children visit a candy shop. Charlie Bucket, a poor paperboy, stares through the window as the shop owner sings “The Candy Man”. Walking home, he passes Willy Wonka’s chocolate factory. A mysterious tinker tells Charlie, “Nobody ever goes in, and nobody ever comes out.” Charlie rushes home to his widowed mother and bedridden grandparents. After telling Grandpa Joe about the tinker, Joe reveals that Wonka locked the factory because other candy makers, including rival Mr. Slugworth, sent in spies to steal his recipes. Wonka disappeared, but after three years resumed selling candy; the origin of Wonka’s labor force is unknown. The next day, Wonka announces that he hid five “Golden Tickets” in chocolate Wonka Bars. Finders of the tickets will receive a factory tour and a lifetime supply of chocolate…

Plot: The plot is good, although it does stray a bit from the original source material, the book by Roald Dahl. Fun fact for those unaware, Dahl disowned the film after having disputes with the directors. I never knew that until I read it while getting information for writing this post. That being said this is most definitely a movie meant for children, so don’t expect thrilling action sequences. Another fun fact, the source material and the remake of this movie are both titled “Charlie and the Chocolate Factory” instead of what this film is titled.

Characters: The characters are all good, and while some are annoying it’s intentional. Gene Wilder as Willy Wonka is excellent and fits the character incredibly well. The rest of the cast is good as well.

Cinematography: Good, although with today’s special effects it does look more than a bit cheesy now.

Music: Being a musical there is plenty of music in this film, and most of it is pretty memorable, if a bit campy.

Overall: If you’ve never watched it, you probably should as it’s regarded as one of the films anyone should watch. It’s even preserved in the Library of Congress, which is highly picky of what gets put in there.

For those who like: Musicals, Fantasy, Children Movies, Good Plot, Excellent Cast.

One thought on “Movie Monday: Willy Wonka & the Chocolate Factory”