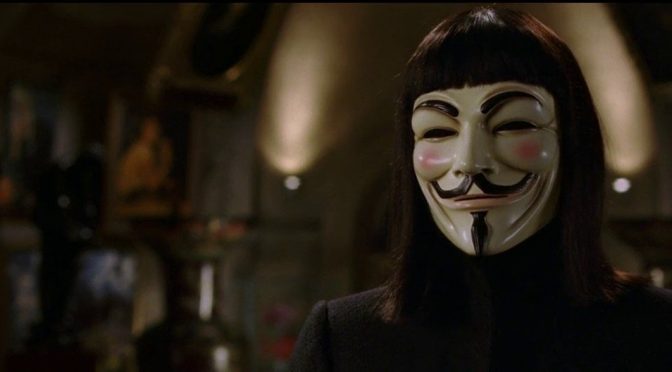 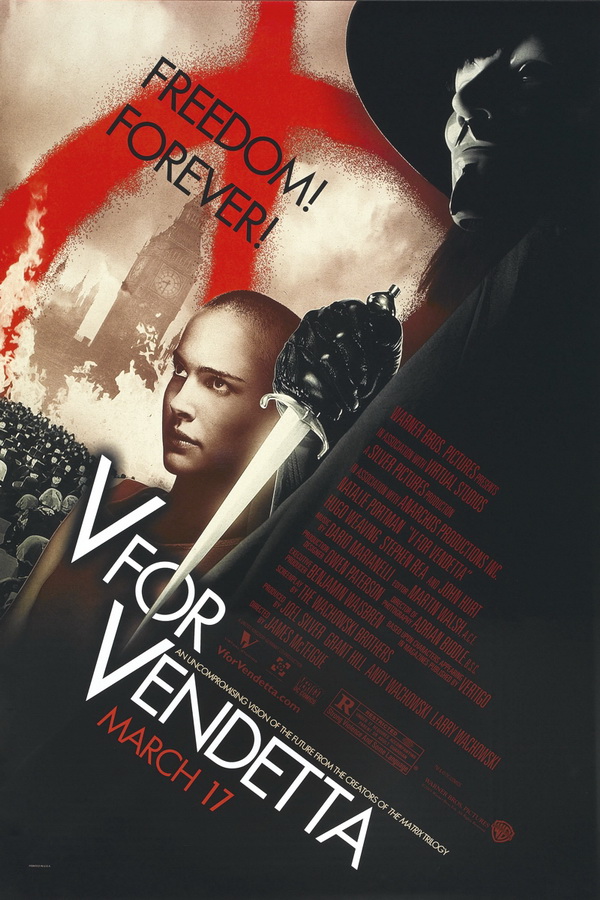 This week for Movie Monday I’m back with a movie that is now a classic film. It’s V for Vendetta!

Plot Synopsis: In 2027, the world is in turmoil and warfare, with the United States fractured as a result of prolonged second civil war and a pandemic of the “St. Mary’s Virus” ravaging Europe. The United Kingdom is ruled as a Nordic supremacist and neo-fascist police state by the Norsefire Party, helmed by all-powerful High Chancellor Adam Sutler. Political opponents, immigrants, Jews, Muslims, atheists, homosexuals, and other “undesirables” are imprisoned and executed in concentration camps. The Irish are not exterminated, but are considered inferior compared to people of Nordic and British descent…

Plot: This is not a happy movie. If you have trouble with difficult subject matter you should definitely not watch this movie. That being said it’s pretty much the only Dystopian film, and story, that I actually respect and enjoy. I really don’t enjoy the genre as a whole, and the fact that I was able to get over that and enjoy this movie is quite noteworthy for me. In addition it made quite a few waves upon release with many conservative pundits railing against the movie. It’s highly controversial, but the fact that China of all nations aired it completely uncensored, and at all, is of particular noteworthiness.

Casting: Hugo Weaving is the star of the movie, and I only know that because I looked up who played the character as he is never shown without V’s signature Guy Fawke’s mask. That being said his co-star is portrayed by Natalie Portman who plays the character Evey Hammond. The rest of the cast is okay, but really the star of the film is V.

Cinematography: It’s not super amazing, and considering all the work that the Wachowski Brothers made in their previous films, The Matrix trilogy, that is a bit of a let down. That being said the incredible special effects those movies had wouldn’t have fit well in this film so maybe I can’t completely blame them.

Music: I don’t remember much, except for the orchestral pieces that went along with V’s various plots.

Overall: An excellent movie, and a definite cult classic now, it was controversial at the time.

For those who like: Dystopians, Sci-Fi, Political Commentary, Action, Drama, Good Cast.