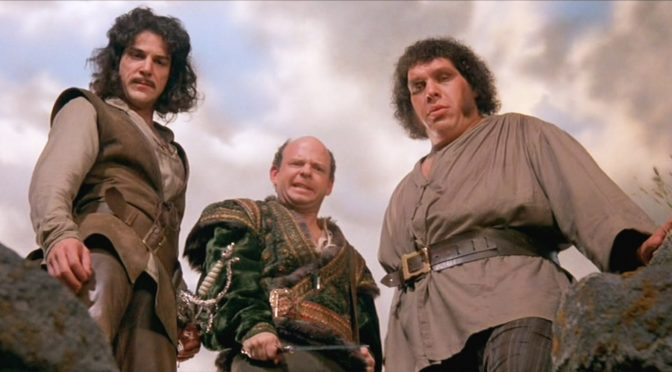 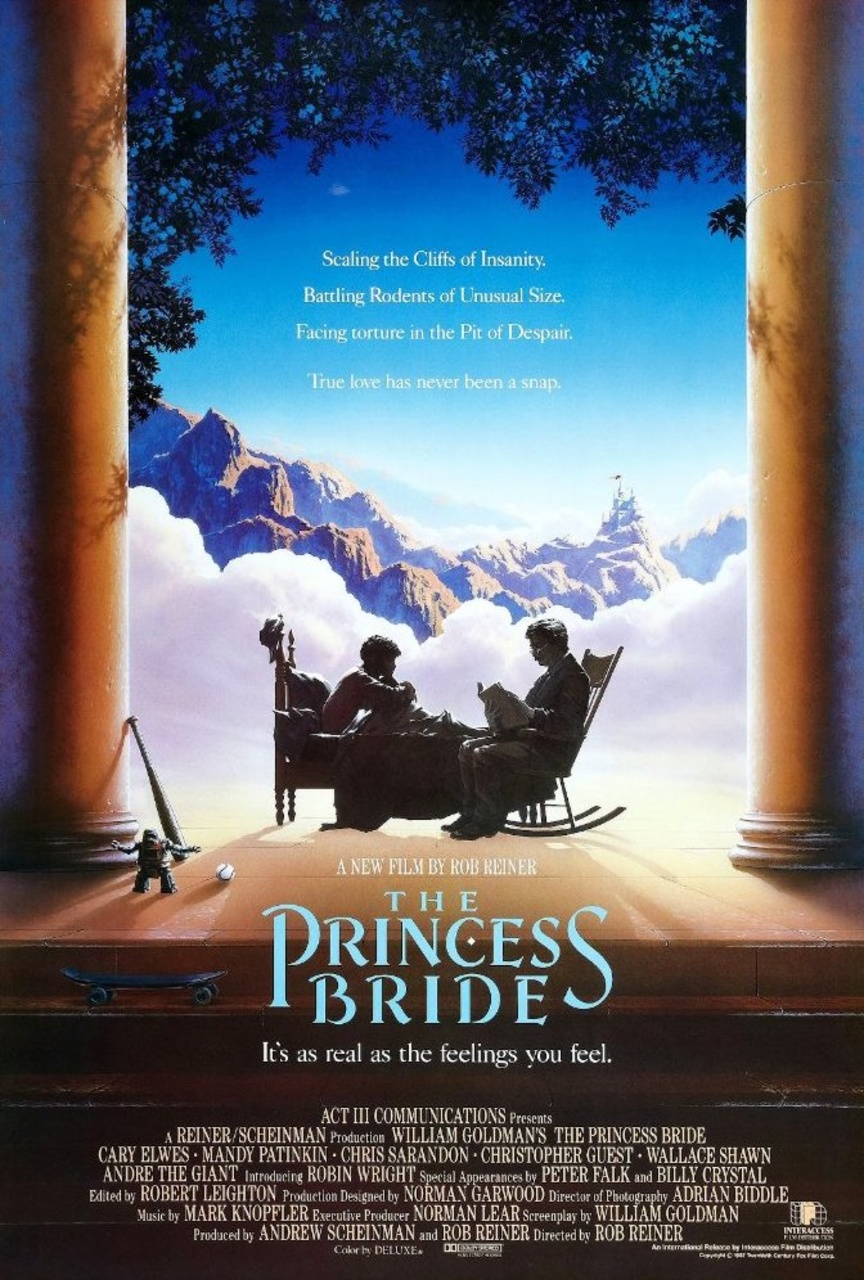 This week for Movie Monday I’ve got a real cult classic. It’s The Princess Bride!

Plot Synopsis: The film is an enactment of a book read to a sick boy—who is initially dismissive of the story—by his grandfather, with occasional interruptions of the scenes in this frame story. A beautiful young woman named Buttercup lives on a farm in the fictional country of Florin. Whenever she orders the farmhand Westley to do chores for her, he complies and answers, “As you wish”. She eventually realizes he loves her and admits her love for him. He leaves to seek his fortune so they can marry, but his ship is attacked by the Dread Pirate Roberts and Westley is believed dead. Five years later, Buttercup reluctantly agrees to marry Prince Humperdinck, heir to the throne of Florin. Before the wedding, she is kidnapped by three outlaws: a short Sicilian boss named Vizzini, a gigantic wrestler from Greenland named Fezzik, and a Spanish fencing master named Inigo Montoya, who seeks revenge against a six-fingered man who killed his father….

Plot: The plot is pretty great, and while sort of cheesy at times, it’s also freaking hilarious. I won’t spoil anything else, but honestly if you’ve never seen this you are truly missing out. There are tons of absolutely amazing quotes you can take from this film, but my favorite might just be “Hello, my name is Inigo Montoya. You killed my father. Prepare to die.”

Casting: Our lead character is played by Cary Elwes and he’s absolutely awesome. To be honest the entire cast is freaking awesome, they bring the story to life in a truly amazing way.

Cinematography: While nothing along the lines of say a Star Wars movie, the production is quite excellent.

Overall: If you’ve never seen this, go out and find a copy as soon as possible. It’s a cult classic for a damn good reason.

Not for those who don’t like: Any of the above, but how can you dislike that?