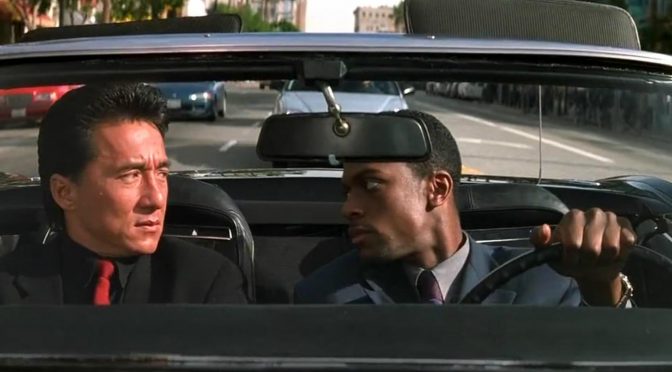 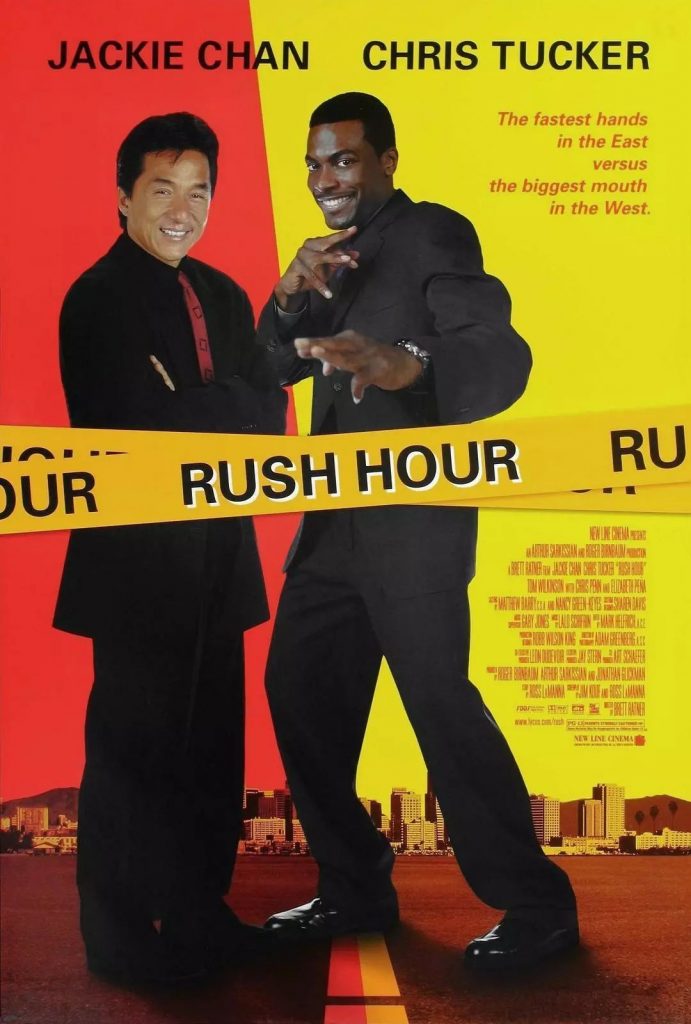 Hey all I’m back with another comedy movie for this week’s Movie Monday. It’s Rush Hour!

Plot: The plot is pretty standard fare, and nothing super amazing, however it’s still a fun movie and a delight to watch. Rush Hour is undoubtedly a Buddy-Cop movie that takes the genre and adds Jackie Chan’s unique twist to it. All in all it’s very fun. One thing I’ll note is that this movie is the reason the Movie Critic site Rotten Tomatoes exists in the first place, which is something I didn’t know until I saw a blurb about it on the Wikipedia page while I was looking for various production credits.

Casting: Jackie Chan portrays one of the lead characters Lee, and Chris Tucker portrays the other one, Carter. The rest of the cast is just as good, but those two are the stars of the show and for good reason as they really carry the movie.

Cinematography: Pretty standard special effects for an action movie, explosions and what-not, though of course Jackie Chan did not use Stunt Doubles at all for his various stunts as that is a trademark thing he does.

Music: The music fit the movie, that’s really all that needs to be said.

Overall: A fun movie, if you are itching for some laughter, Rush Hour isn’t a bad choice.

For those who like: Jackie Chan, Action, Comedy, Drama, Good Plot.