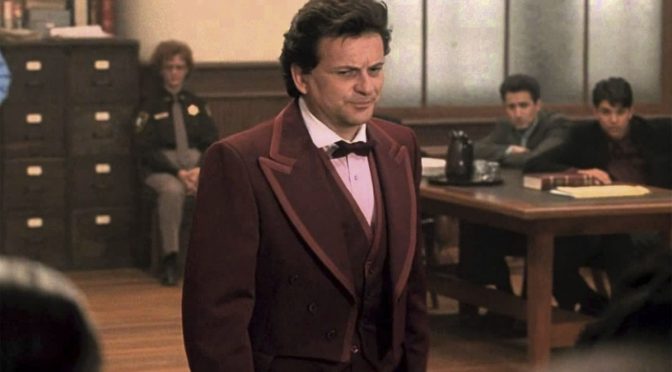 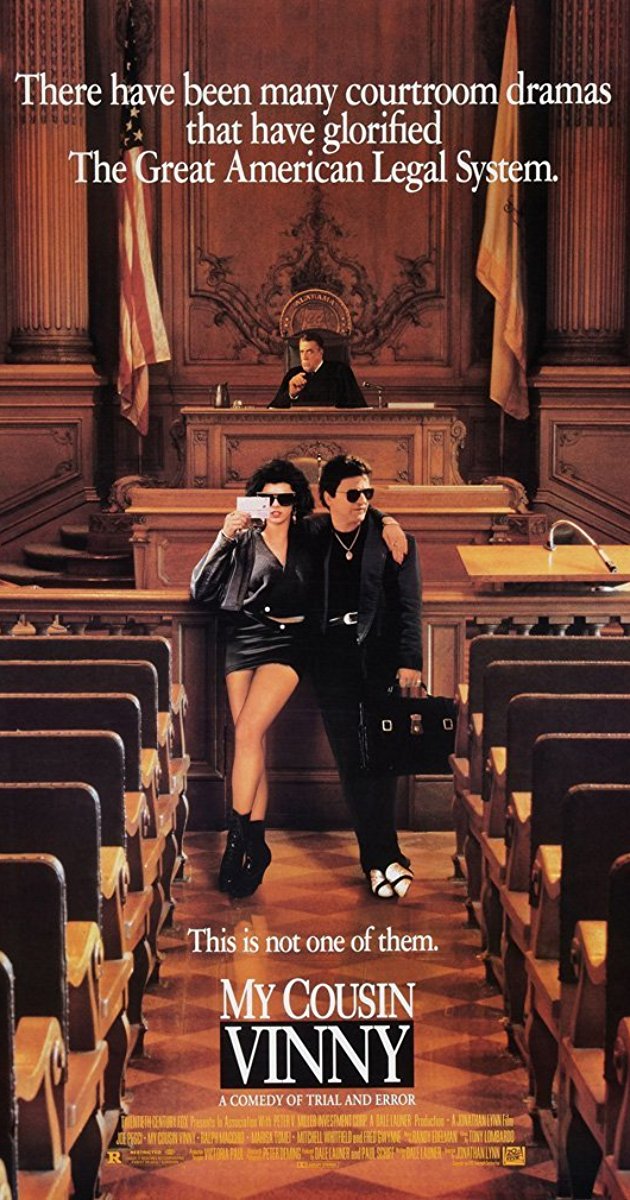 This week for Movie Monday I’m covering one of the great classics. It’s My Cousin Vinny!

Plot Synopsis: Driving through Alabama in their 1964 Buick Skylark convertible, Billy Gambini and Stan Rothenstein, college students from New York who just got scholarships to UCLA, shop at a convenience store and accidentally shoplift a can of tuna. After they leave, the store clerk is robbed and killed, and Billy and Stan are arrested for the murder. Due to circumstantial evidence and a confession to the shoplifting that is misconstrued as one to the shooting, Billy is charged with murder, and Stan as an accessory. Billy’s mother reminds him there is an attorney in the family: his cousin Vinny. Vincent LaGuardia Gambini travels there, accompanied by his fiancée, Mona Lisa Vito. Although he is willing to take the case, Vinny is a personal injury lawyer from Brooklyn, newly admitted to the bar, and with no trial experience…

Plot: The plot of this movie is great, and actually incredibly accurate in regards to the American judicial system. While not a super successful movie in the box office it’s still earned quite a cult following and is probably one of my favorite non-Mel Brooks films. I won’t spoil the plot, and you should read that article I’ve linked above only after watching the movie if you have yet to do so.

Casting: The entire cast is amazing, including the late Fred Gwynne’s final movie appearance. Personally my favorite is Vinny played by the great Joe Pesci, even if his New Yorker’s accent is highly foreign to my ears, it’s still great. But seriously the entire cast is awesome.

Cinematography: This wasn’t a film for special effects, but nonetheless it still is an awesome movie.

Musical Score: I sadly don’t remember much of it, but what I do remember is it being very appropriate for the film.

Overall: If you’ve never seen My Cousin Vinny, you definitely should watch it. It’s one of the greatest movies of all time and definitely worth the couple hours to watch it.

For those who like: Legal Movies, Comedy, Topical Accuracy, Amazing Plot, Fantastic Casting.

One thought on “Movie Monday: My Cousin Vinny”