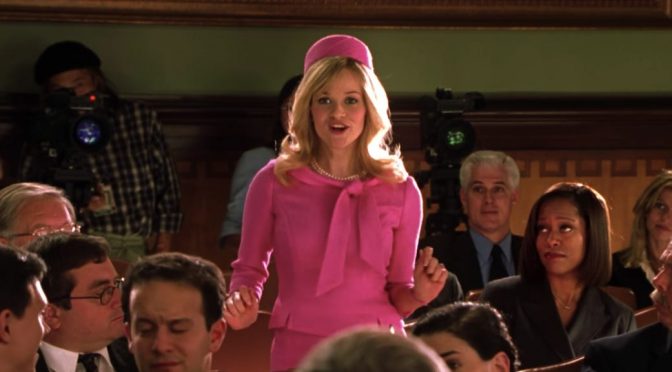 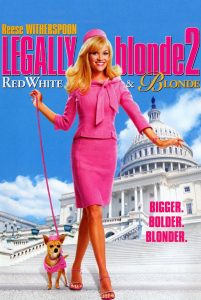 Hey all I’m back with the sequel to the movie I covered last time. It’s Legally Blonde 2!

Plot: The plot is incredibly bad, with Elle travelling to D.C. to lobby for Dog’s Rights, because her chihuahua’s mother, Bruiser, is being experimented on. Honestly this is easily one of the worst sequels I’ve ever seen.

Casting: Reese Witherspoon is once again Elle, and we see some familiar faces from the previous movie. Honestly though, the cast just wasn’t able to make up for the absolutely terrible script. There is one person who I want to give a shoutout to though, Masi Oka does appear in this Movie, although he is uncredited.

Cinematography: Honestly there isn’t anything really special that happens in this that warrants mentioning, except the fact that there is such a lack.

Music: The soundtrack is pretty mediocre as well. Honestly this entire movie is a dumpster fire.

Overall: Skip this, you really don’t want to see this movie.