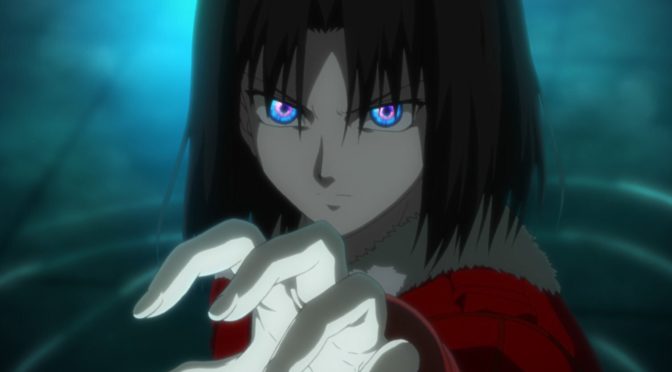 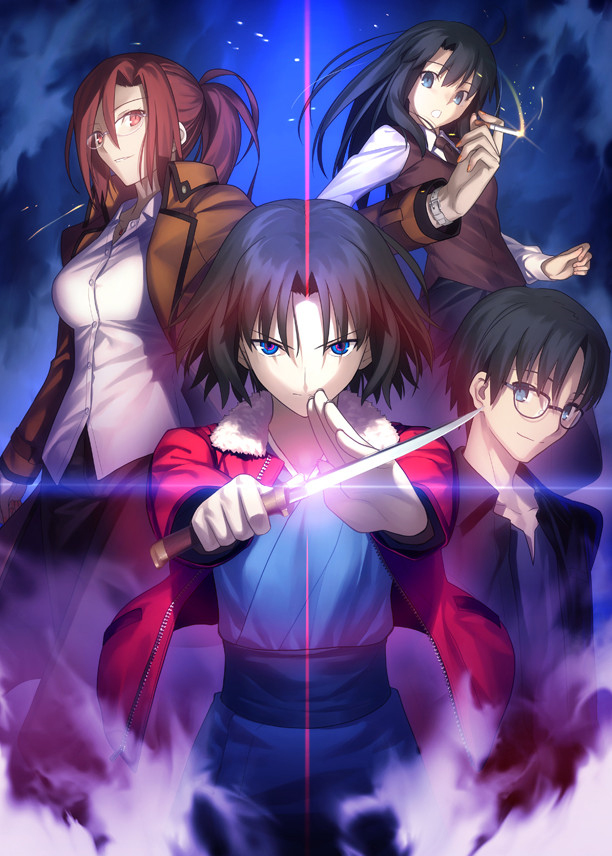 This week for Movie Monday I’m covering the first in a seven part series of movies covering one of the Nasuverse’s greatest stories. It’s Kara no Kyoukai, or the Garden of Sinners, Overlooking View!

Plot Synopsis: September 1998, Mikiya Kokutō brings over some ice cream while visiting Shiki, but Shiki is not happy to see him and says that she does not like ice cream so she decides not to eat it. Later at Garan no Dou, Shiki and Touko discuss the recent spate of unusual suicide incidents where several high school girls fell to their death, but left no suicide note and had apparently no reason to commit suicide. Tōko concludes that the girls did not intend to die. At night, Shiki visits the deserted part of town containing the Fujō buildings which have now fallen into disrepair and are about to be demolished, and while there stumbles upon the body of newest victim….

Plot: This is the first in a series of movies that are an adaptation of a novel by Kinoko Nasu. That being said if you get confused at first, just keep watching. It’ll make sense in the end.

Characters: Shiki is probably one of my favorite female characters of all time, and not just because she’s a badass. However my particular reason is pretty spoilerific and I’ll leave that for you to figure out. Though those who know me might be able guess after watching all the movies. However the entire cast is great, although fairly small for this first movie.

Artwork: This was animated by ufotable, so you should expect amazing visuals. Overlooking View doesn’t disappoint at all in that regard.

Music: The music is also pretty damn amazing, being done by Kajiura Yuki who is a legend in the Anime business.

Overall: Definitely a must watch for those who enjoy any type of mystery series. That being said, it’s not for kids at all.