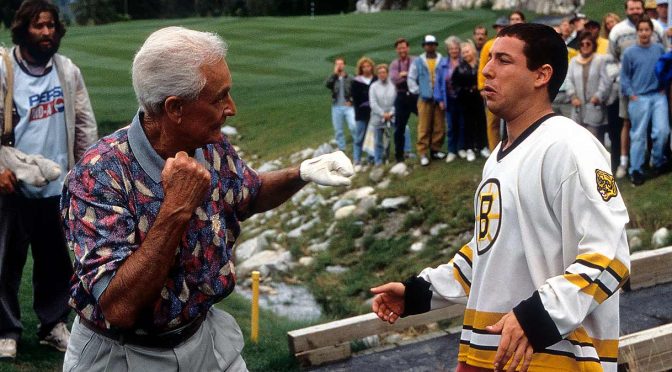 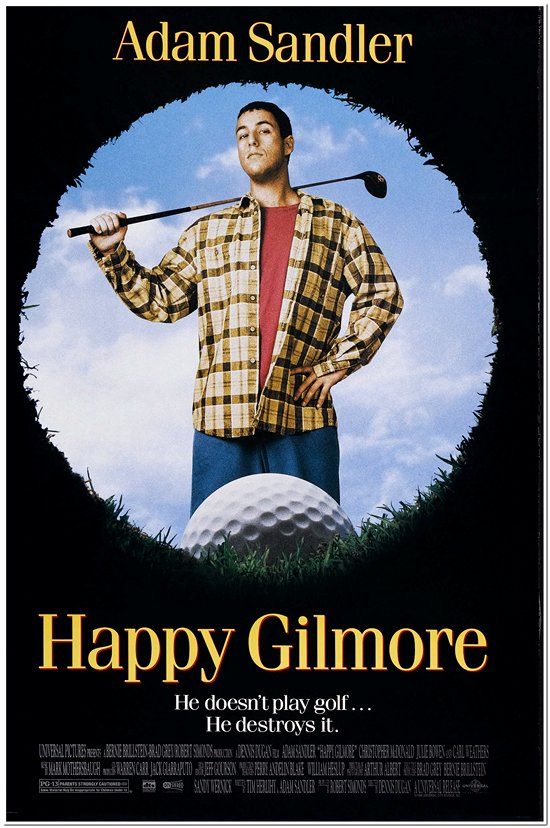 Hey all I’m back with another Comedy movie for this week’s Movie Monday. It’s Happy Gilmore!

Plot: The plot is pretty typical of a Sandler movie in that it’s rather ridiculous and has some juvenile humor. The plot hook is that Happy Gilmore is a struggling Hockey athlete hopeful who can drive a shot 400 yards on a golf course, which is about 80 yards more than pro’s do.  It’s pretty funny for a movie with typical Sandler hijinks, and honestly the plot is more than a bit silly. Still it’s a fun movie, if you can deal with the ridiculousness of it.

Casting: Adam Sandler is the titular Happy Gilmore, with Christopher McDonald playing his rival Shooter McGavin, Julie Bowen as Virginia Venit and Carl Weathers as Chubbs. They all do an amazing job with their characters, though I rather enjoyed the Bob Barker cameo and scene, if only because seeing Bob kick ass is hilarious.

Cinematography: The special effects are not that spectacular though they weren’t really needed in this movie being neither an action movie nor Sci-Fi or Fantasy.

Music: The music fit the movie very well, that’s all that I really need to say about it.

Overall: A fun film, but it has Sandler’s typical humor so be warned it can be juvenile at times.

For those who like: Comedy, Golf, Adam Sandler films, Fun Plot and Cast of Characters.