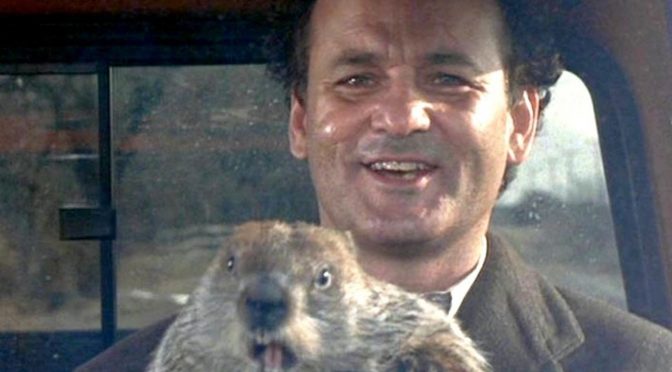 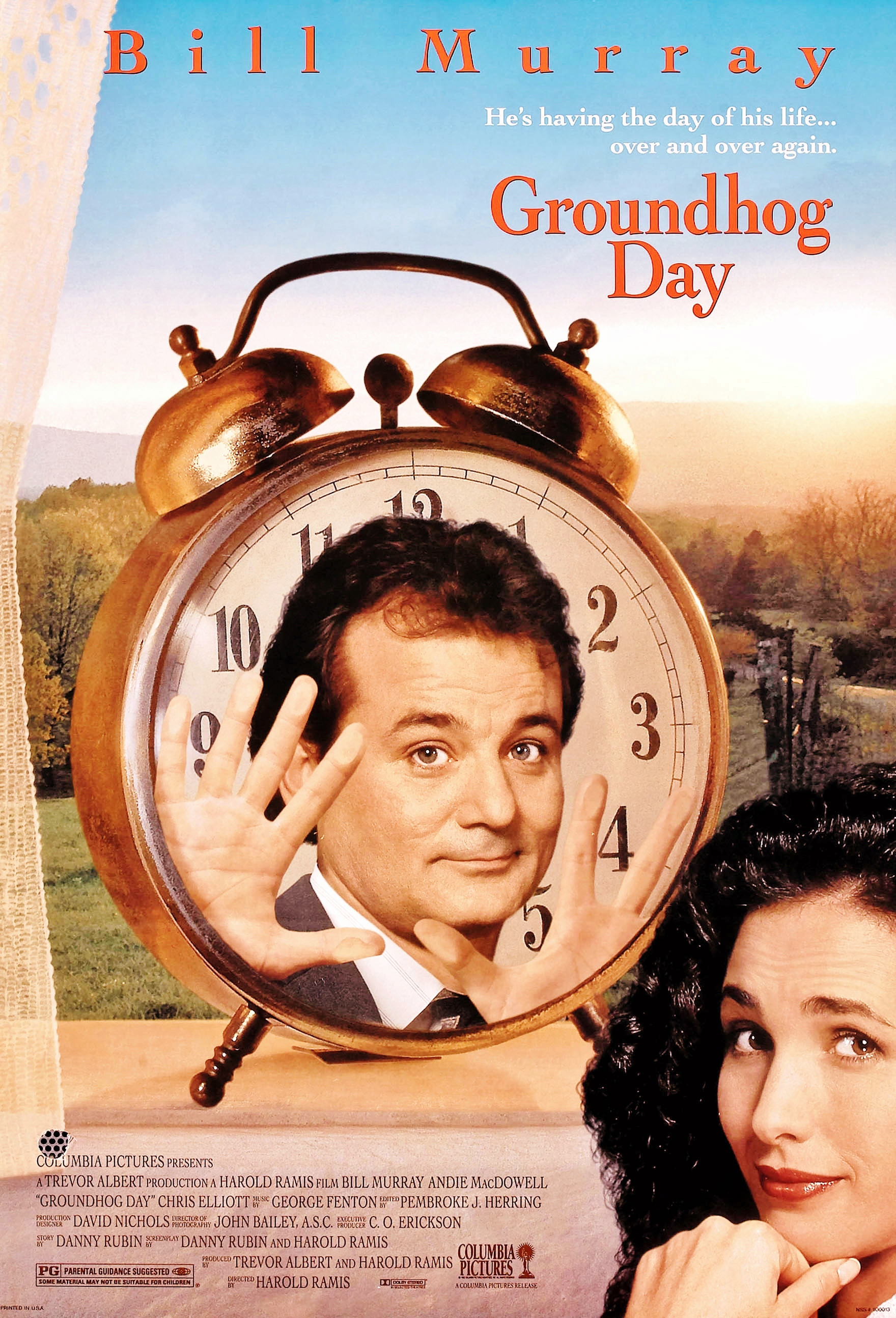 Plot Synopsis: Weatherman Phil Connors reassures Pittsburgh viewers that an approaching blizzard will miss western Pennsylvania. He goes with news producer Rita Hanson and cameraman Larry to Punxsutawney, Pennsylvania, to cover the Groundhog Day festivities. Phil makes no secret of his contempt for the assignment, the small town, and the “hicks” who live there. The next day, Phil awakens at his Punxsutawney bed and breakfast to Sonny & Cher’s “I Got You Babe” on the clock radio. He tapes a half-hearted report on Punxsutawney Phil and the town’s festivities. Rita wants to stay and cover other events, but Phil wants to return to Pittsburgh. The blizzard blankets the region in snow, stranding them in Punxsutawney. Phil shuns the celebrations and retires to bed early. However the next day Phil wakes to “I Got You Babe” again….

Plot: The plot is awesome, and really quite fun. There have been other time loop stories that came before this movie, but Groundhog Day is the one everyone remembers. While the Romance aspects didn’t appeal to me as a kid when I first saw this movie, I can appreciate it now as an adult.

Cast: Bill Murray plays Phil, and honestly does an amazing job with the role. The rest of the cast is just as good.

Cinematography: There isn’t a ton of special effects, but it had enough that it was fun to watch. In particular the groundhog was a personal favorite of mine.

Music: I don’t remember much about it except for the iconic “I Got You Babe”.

Overall: If you haven’t seen Groundhog Day, you ought to watch it.

For those who like: Comedy, Romance, Drama, Sci-Fi, Laughing, Time Loops.