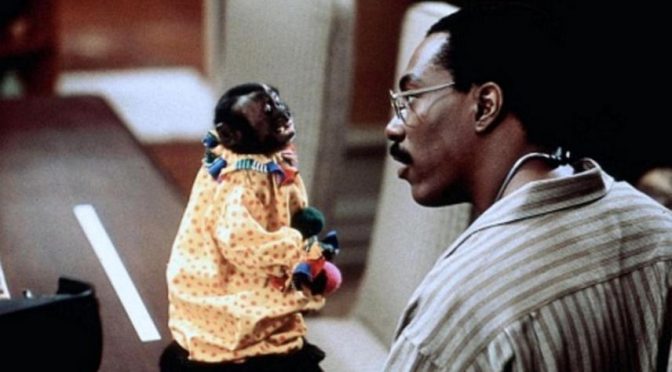 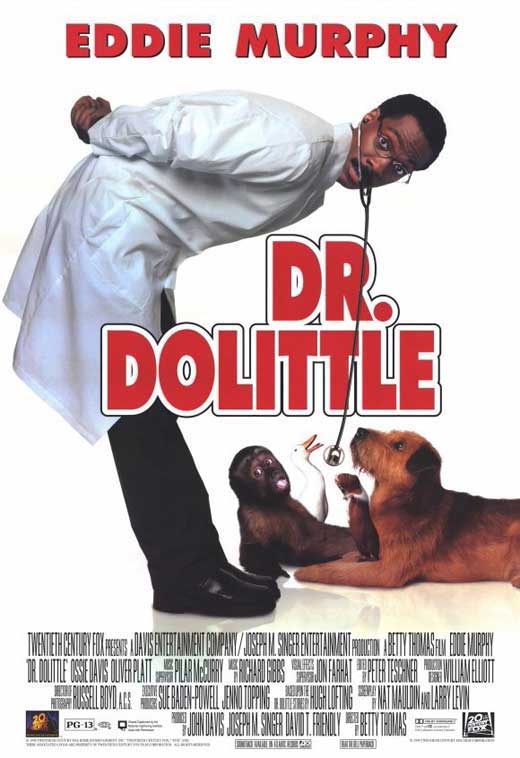 This week for Movie Monday I’m back with a classic family film. It’s Dr. Doolittle!

Plot Synopsis: As a boy, John Dolittle displays an ability to talk to and understand animals, starting with his pet dog. His behavior disturbs his father Archer, who hires a local minister to perform an exorcism on his son, but after John’s dog attacks him, Archer sends her to the pound. John eventually forgets he can talk to animals…

Plot: The plot is really quite tame, as you might expect from a family film. It’s got it’s comedic moments though and that is what it makes it tolerable for more adult viewers, at least in my opinion.

Casting: Eddie Murphy portrays the titular character and does a pretty great job at it. The rest of the cast is okay, but not particularly memorable.

Special Effects: The special effects are relatively minor, and again not particularly outstanding.

Music: I don’t remember them at all, sorry.

Overall: Not a must watch, but a good choice if you are stumped for something to watch with a younger audience.

Not for those who don’t like: Any of the above,