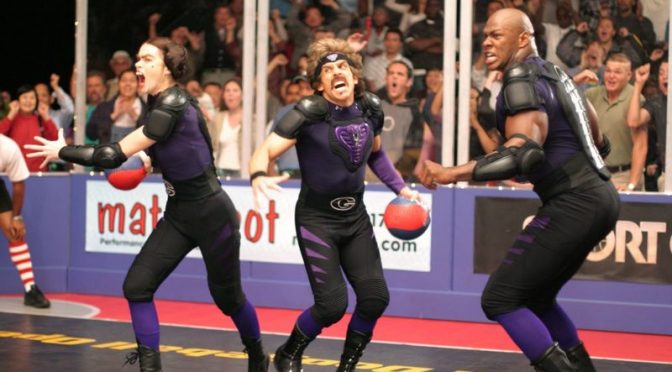 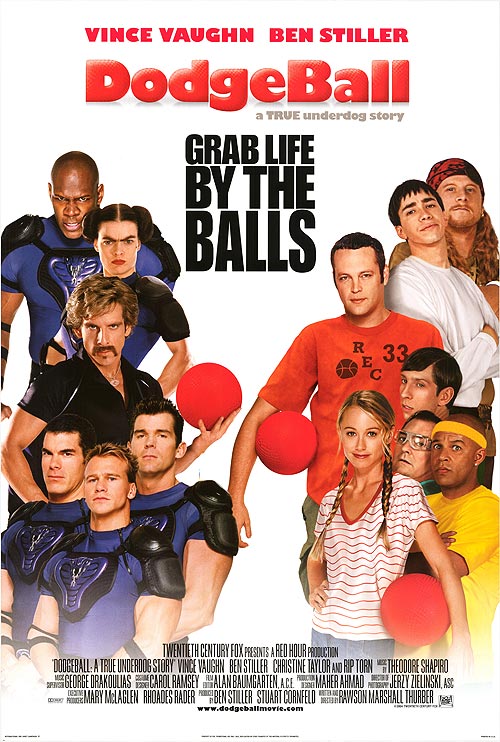 This week for Movie Monday I’m back with another Comedy. It’s DodgeBall: A True Underdog Story!

Plot: The plot of this movie is beyond silly, which is to be expected when the two lead actors are Ben Stiller and Vince Vaughn. Honestly I enjoyed this movie for what it is, a satire of most Sports films. Looking for deeper meaning than that is kind of pointless to me.

Casting: The casting is great, with Stiller and Vaughn as stated above being the lead actors. However this movie includes cameos from people like Lance Armstrong, this was before the doping scandals, and Chuck Norris. Yes he really did have a part in this.

Cinematography: There isn’t much special effects that were used, although the iconic scene of “If you can dodge a Wrench, you can dodge a ball” is probably one of my all time favorite scenes from a non-Mel Brooks film.

Music: The music fit the plot of the film, nothing more needs be said.

Overall: A fun movie, but don’t expect to be watching a serious film.

For those who like: Comedy, Sports, Ben Stiller, Vince Vaughn.