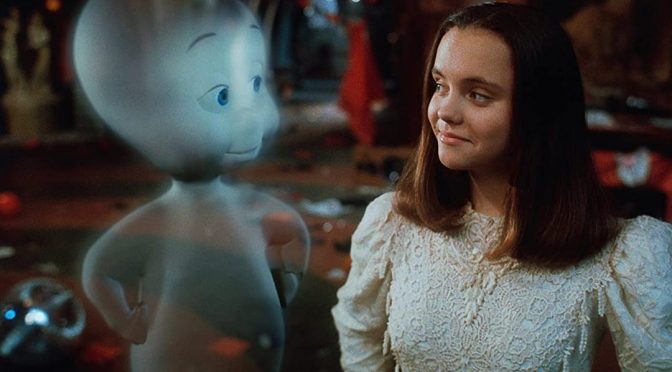 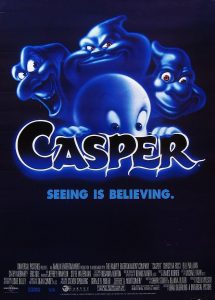 Hey all I’m back with a movie made over 25 years ago for this week’s Movie Monday. It’s Casper!

Plot: The plot of this film is pretty family friendly. The basic premise is as follows, an amnesiac ghost of a young boy befriends the daughter of a recent widower, who also is a paranormal therapist. Frankly there are some pretty dark parts to the movie, though I won’t go into specifics because it’s pretty spoilerific and this isn’t one of those must-see films so there’s a pretty good chance you haven’t seen this.

Cast: The entire cast is very good, with Christina Ricci as the female lead who does an absolutely amazing job considering half her scenes were filmed without anyone acting as Casper or the other ghosts. Pullman also did a good job at that as well. Honestly the only one who stood out as bad was Moriarty who portrayed Carrigan, and that’s probably down to the script rather than her fault.

Cinematography: The special effects were pretty much cutting edge at the time, and while they might seem like nothing now, back then this was incredibly snazzy and not easy to film with. Like I said above, Ricci and Pullman filmed a majority of their scenes without a good half of the other characters even actually being on present for the scene.

Music: The music fit the movie and included the titular star’s theme from his previous cartoon.

Overall: A pretty decent movie, it might be fun to watch with the kids this coming Halloween season.

For those who like: Family Films, Ghosts, Supernatural Themes.