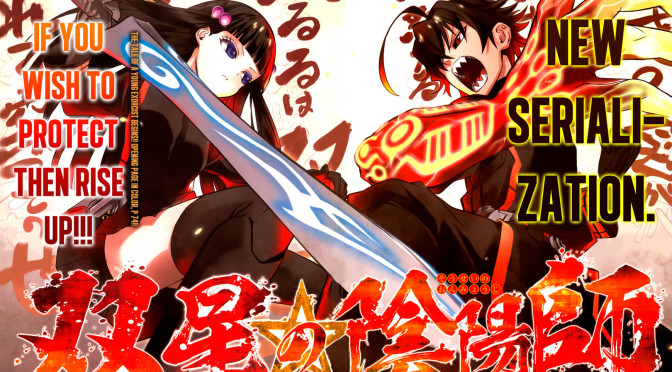 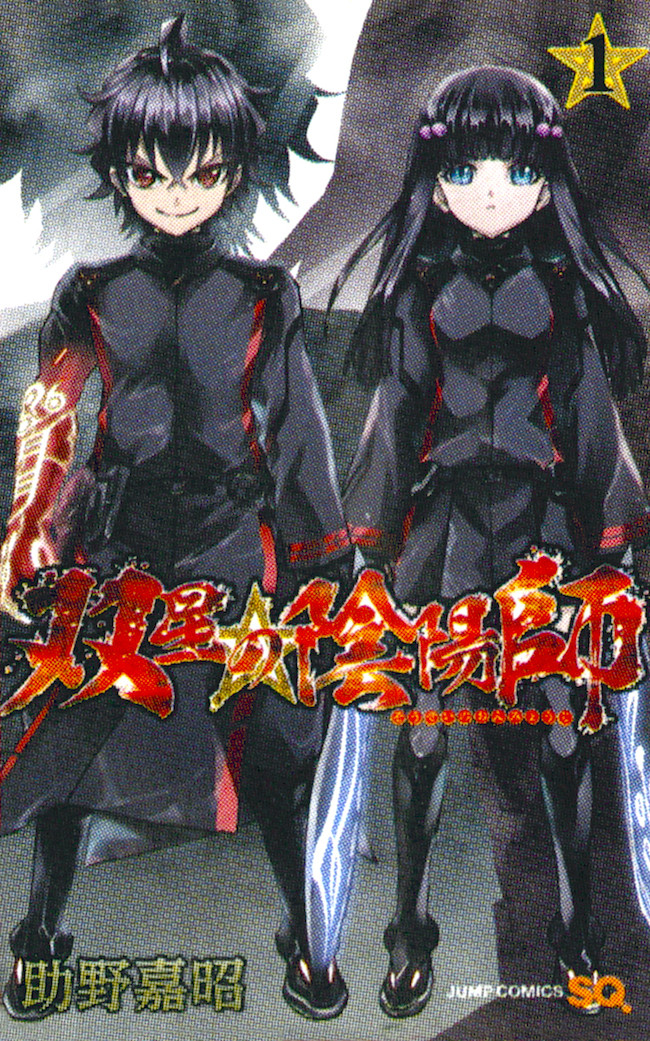 Plot Synopsis: This is the story about two kids (Rokuro and Benio) and their lives as onmyouji warriors. Rokuro once had the dream to be the greatest Onmyouji, or Exorcist, and to cleanse all impurities. But a tragedy in his past has made him no longer wish to have anything to do with exorcist. Enter Benio a girl who, through a tragedy of her own, wishes to be the greatest Onmyouji. Needless to say the two don’t really get along.

Plot: The plot isn’t exactly all laughs and comedy, as you can probably guess from the above synopsis. There is plenty of drama and action in this series as well as a few sporadic comedic scenes that break up the dark tone of the series.

Characters: Rokuro and Benio are definitely great main characters, and their respective families are also fairly great. That being said I wish that the series had been going on a bit longer so the characters had a bit more development, but as a monthly series it’ll be a while before that happens.

Art: The art is great, which isn’t surprising considering the author and artist is the one who wrote Binbougami Ga, or Good Luck Girl in English.

Overall: If you want a great series that has a dark plot and plenty of action watch this one.

For those who like: Action, Drama, A Romance Sub-plot, Dark Plots, Great Cast of Characters, Amazing Artwork.