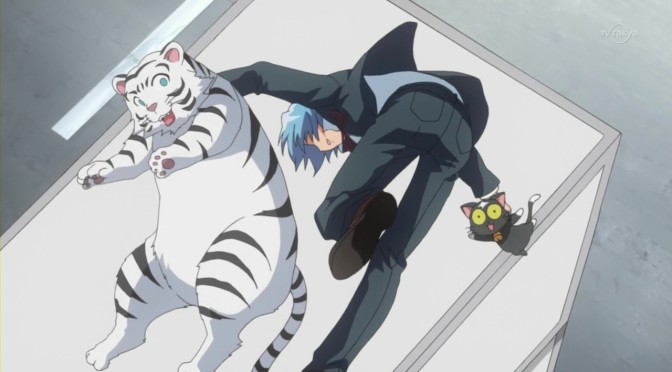 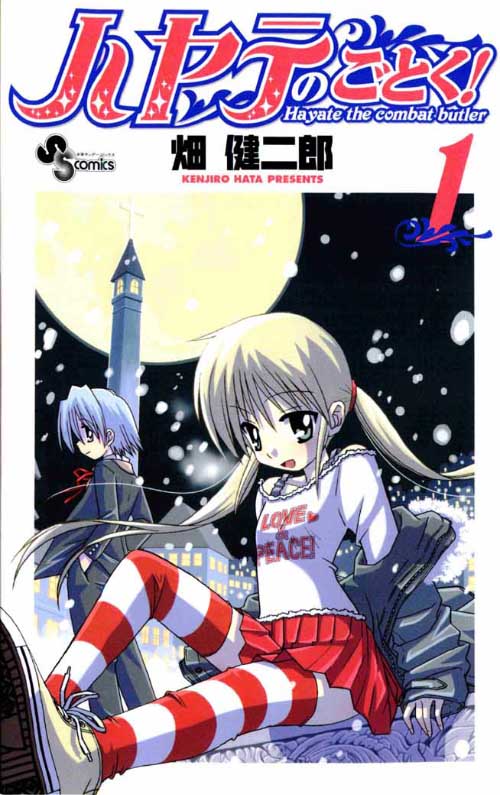 This week for Manga Monday I’m covering a series I sort of enjoy. It’s Hayate no Gotoku, or Hayate the Combat Butler in English, by Kenjiro Hata!

Plot Synopsis: Hayate Ayasaki is an unlucky 16-year-old who has worked since childhood to make ends meet due to his parents’ irresponsible behavior. One day on Christmas Eve, he finds out that his parents shoulder him with a massive ¥156,804,000 gambling debt, the Yakuza (who the money was borrowed from in the first place) plan to settle that debt by using him for their needs. While running away from the debt collectors he ends up meeting Nagi Sanzenin, a young 13-year-old girl who is the sole heir of the wealthy Sanzenin estate, and due to a misunderstanding, Nagi ends up falling in love with Hayate

Plot: The plot seems to be super serious, but it quickly devolves into endless romantic comedy and gags. I’m not one for a series that ignores the plot, but sometimes you just need a laugh and this series is perfect for this.

Characters: Hayate is hilarious, partly because he’s a dolt and because he’s interested in Nagi’s maid. This leads to many fights with Nagi herself and it’s pretty funny. Nagi is also a pretty funny character and most of the gag’s come from her.

Art: It’s been running since 2004, so it’s not as dated as the older One Piece chapters. It’s alright, but nothing super special.

Overall: This is a skippable series, but it is pretty funny.

For those who like: Comedy, Romantic Comedies, Gags, Parodies.