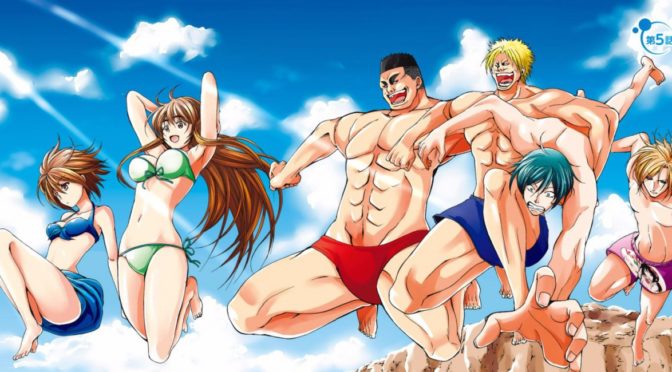 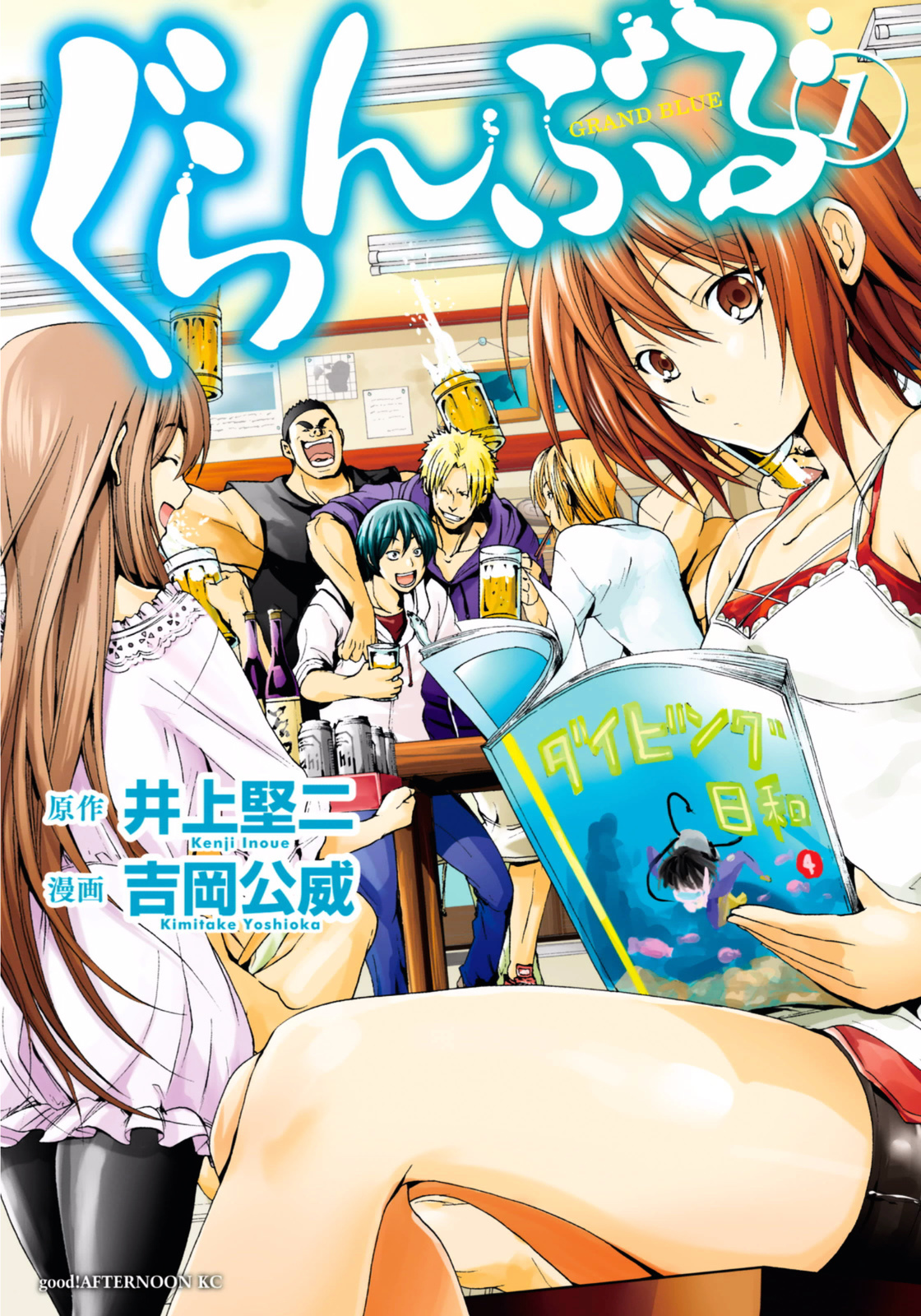 This week I’m back with another Quick Review for Manga Monday. It’s Grand Blue by Inoue Kenji!

Plot Synopsis: A new life begins for Kitahara Iori as he begins his college career near the ocean in Izu city, full of excitement for his new life. He will be moving into his Uncle’s diving store “Grand Blue.” There he finds the beautiful ocean, beautiful women, and men that love diving and alcohol. Will Iori be able to live his college life dream?

Plot: The plot is really sort of sparse in this first chapter, it starts off pretty similarly to a bunch of other series, but quickly devolves. In fact as soon as Iori encounters most of his uncle’s clientele playing Strip-Baseball-Scissors the chapter goes off the rails. It was amusing at first, but it got old pretty quickly.

Characters: Iori is probably one of my least favorite main  characters I’ve read yet. If only because he quickly succumbs to peer pressure and starts playing Strip-Baseball-Scissors and gets hammered… The rest of the cast isn’t that great either.

Art: The art is great however, and probably the only saving grace this series has. The ridiculous faces are pretty hilarious as well.

Overall: This might be a fun series to read for those who like to read about drunkards, but otherwise it’s a series to avoid.

For those who like: Drunkards, Strip-Baseball-Scissors, Diving, Great Artwork.