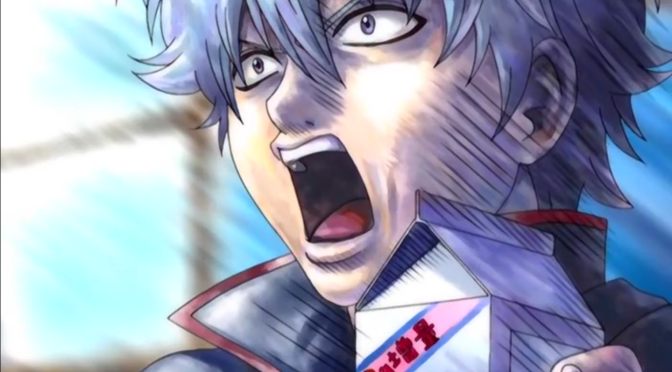 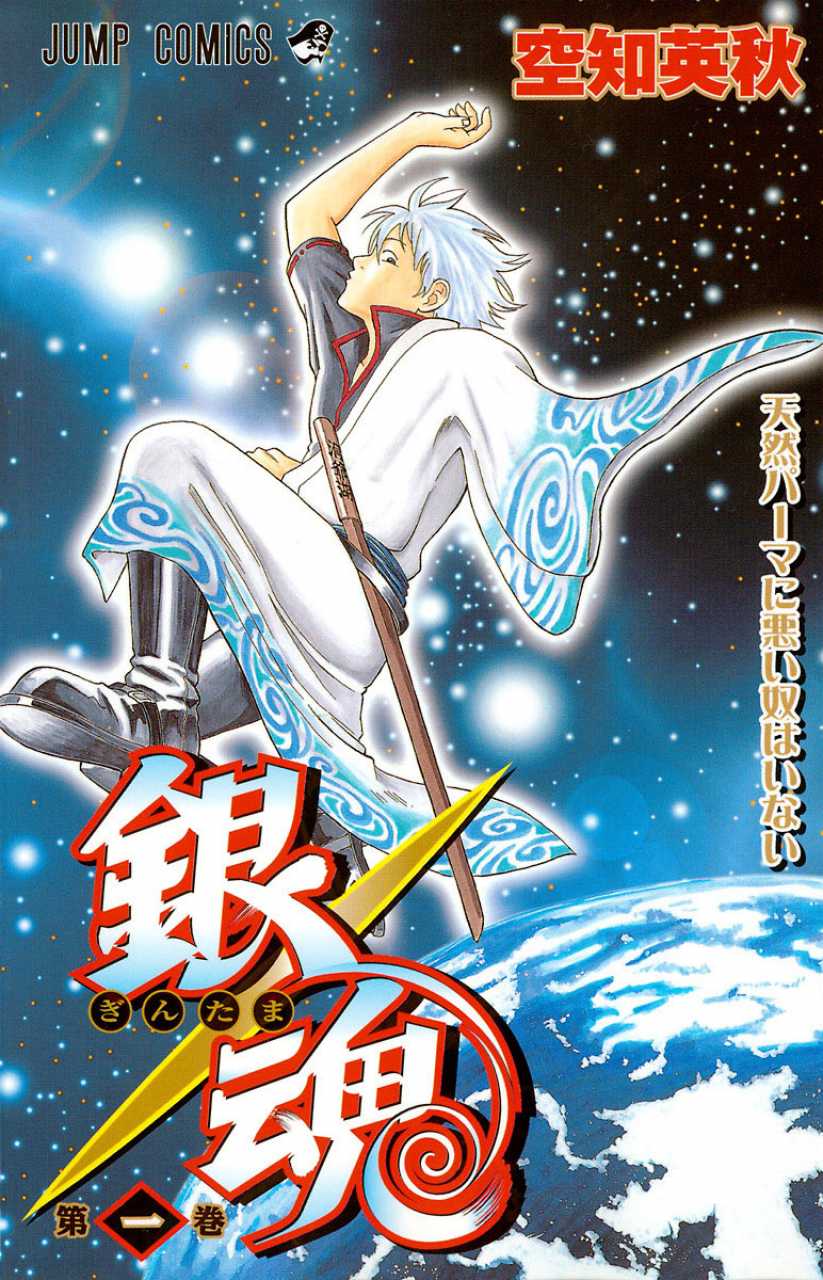 This week for Manga Monday I’m covering a series that is funny, but also makes me groan in agony at the sheer ridiculousness of it. It’s Gintama by Hideaki Sorachi!

Plot Synopsis: The story is set in the late Edo period. Humanity is attacked by aliens called “Amanto” (天人, “Sky People”). The samurai of Japan join the battle against the aliens, but when the Shogun realizes the power of aliens, he betrays the samurai and surrenders to the aliens. The Shogun writes an unequal contract with aliens which allows the aliens to enter the country and places a ban on carrying swords in public. The swords of samurai are taken away so they can no longer resist the aliens. After that the Shogunate becomes a puppet government.

The plot is focused on an eccentric samurai, Gintoki Sakata (aka Odd Jobs Gin) who helps a teenager named Shinpachi Shimura save his sister Tae from a group of aliens who want to make her part of a brothel.

Plot: This isn’t a super serious series, in fact it breaks the fourth wall so often that I got fed up with it. That being said it’s not bad, it just is too much for me personally sometimes.

Characters: Kagura is probably my favorite character, but the entire cast is great.

Art: This is serialized in Shonen Jump so it’s definitely top tier.

Overall: If you can stand the silliness you’ll love this series.

For those who like: Comedy, Action, Decent Plot, Great Cast of Characters, Amazing Artwork.