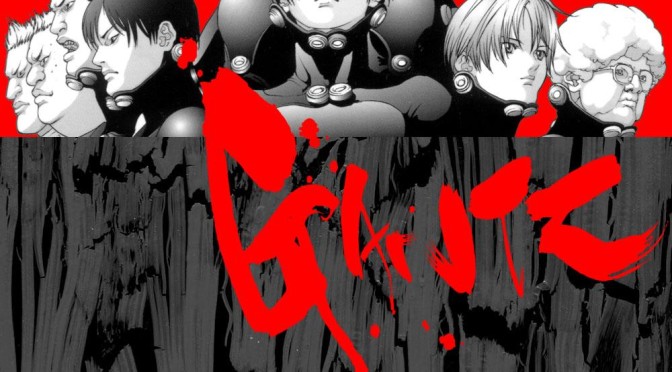 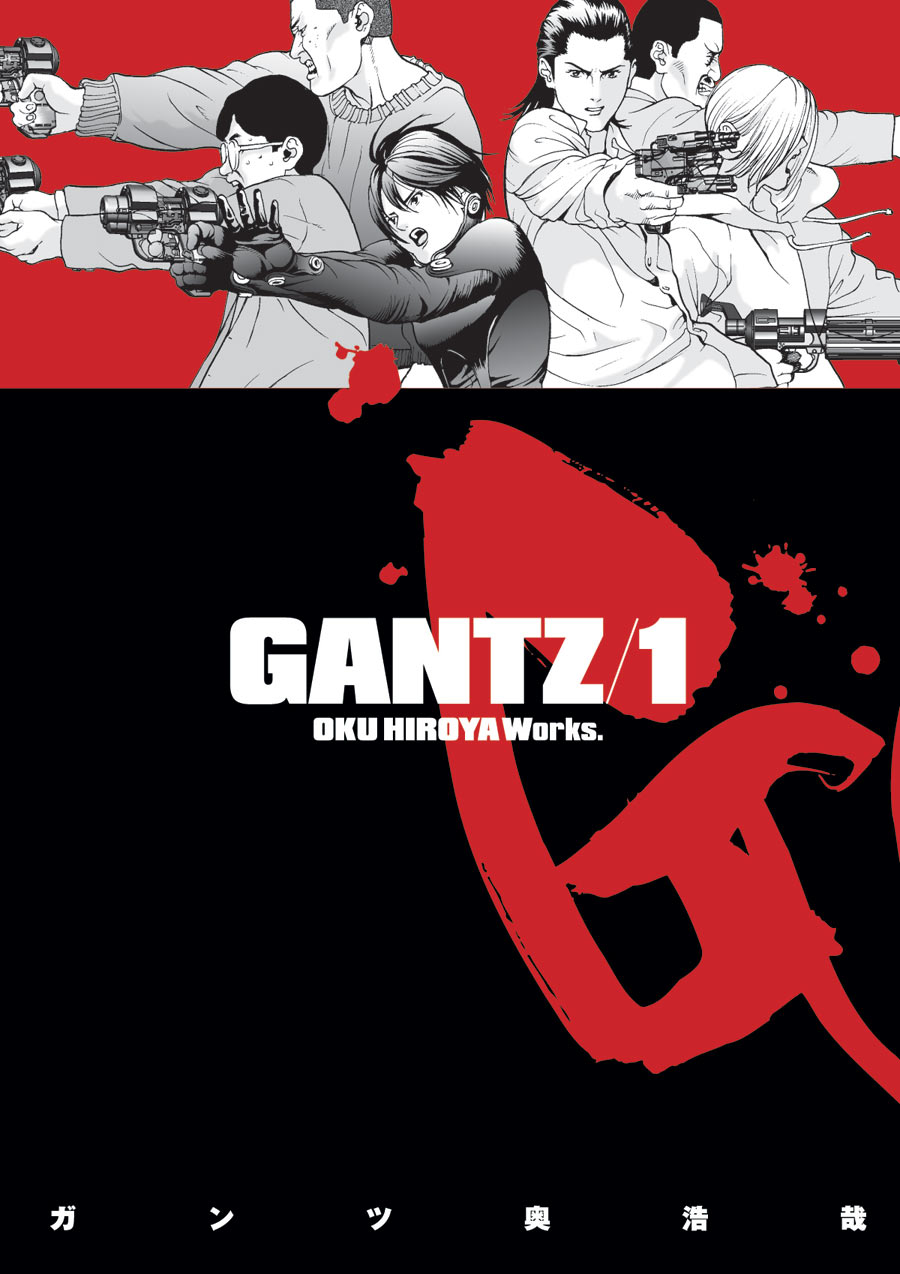 I can’t believe I haven’t covered this series yet, but then again it’s not surprising considering how much I don’t tend to like really bloody series. It’s Gantz by Hiroya Oku!

Plot Synopsis: A pair of high school students, Kei Kurono and Masaru Kato, are hit by a subway train in an attempt to save the life of a drunk homeless man who had fallen onto the tracks. Following their deaths, Kurono and Kato find themselves transported to the interior of an unfurnished Tokyo apartment. The pair soon realize others are present and find that they are not able to leave the apartment. At one end of the room there is a large black sphere known as “Gantz”.

Plot: First, There is a crap ton of nudity in this series! Second, There is even more Violence and Gore. I can’t even begin to describe how bloody this series is, if you are at all squeamish you probably shouldn’t read this one. The plot is also really freaking dark, and expect lots of deaths. Also there are sex scenes.

Characters: I honestly didn’t like 90% of the characters in this series, the only ones are Kurono’s team from about the third arc. Particularly Reika and Muscle Rider (I honestly don’t care to remember the guys name except that he is a certifiable badass.)

Artwork: Like I said expect lots of Gore, Violence and Nudity. I’m really honestly surprised that it was allowed to run in Japan, as they have very strong Censorship laws.

Overall: If you like super violent series that are more bloody, gory and nude than Game of Thrones this is for you.

For those who like: Super Violence, Gore, Lots and lots of Action and Horror.

Not for those who don’t like: Any of the above, or nudity and sex scenes.