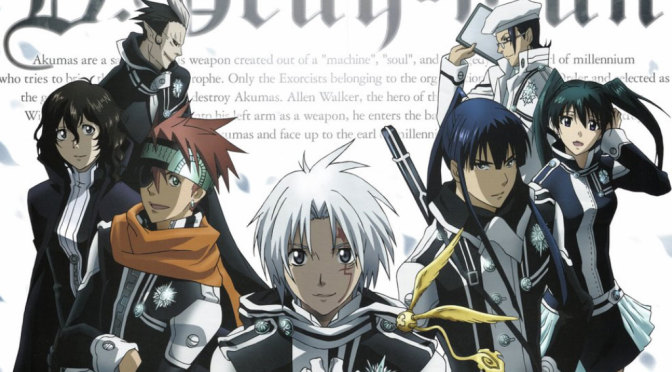 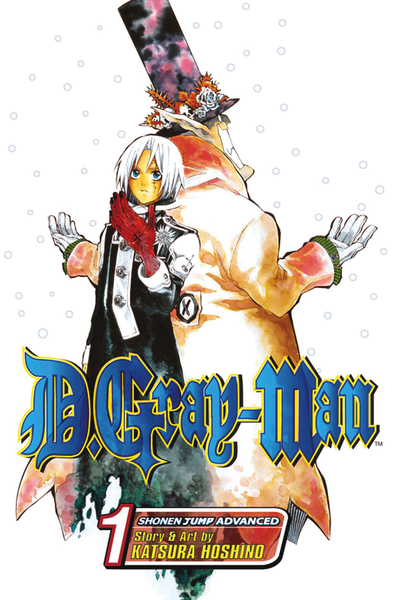 This week for Manga Monday I’m covering a series that is amazing, if only it wasn’t on hiatus! It’s D.Gray-man by Katsura Hoshino!

Plot Synopsis: D.Gray-man follows the adventures of 15-year-old Allen Walker, whose left arm can transform into a monstrous claw and destroy Akuma (Japanese for ‘nightmare’), evolving machines created by the Millennium Earl to help him destroy humanity. As ordered by his master, General Cross Marian, Allen becomes an Exorcist, one of the people who can destroy Akuma for the Black Order, an organization attempting to stop the Earl.

Plot: The plot is fairly dark and serious, and it’s definitely a good read, if the series wasn’t on hiatus so often. It’s as bad as Hunter x Hunter for going on hiatus. Honestly I wouldn’t be surprised to read one day that the series has been cancelled permanently.

Characters: The cast is amazingly intricate and while some of them are just jerks they all have their reasons for being jerks, except the Earl who is just a creepy guy period.

Art: The art is great, and while it’s darker than most Shonen Jump series it’s refreshing.

Overall: If you don’t mind the fact that this might never get finished you should read it!

For those who like: Horror, Action, Shonen Jump series, Great Cast of Characters, Amazing Artwork.

Not for those who don’t like: Any of the above, or a series that might never be finished.